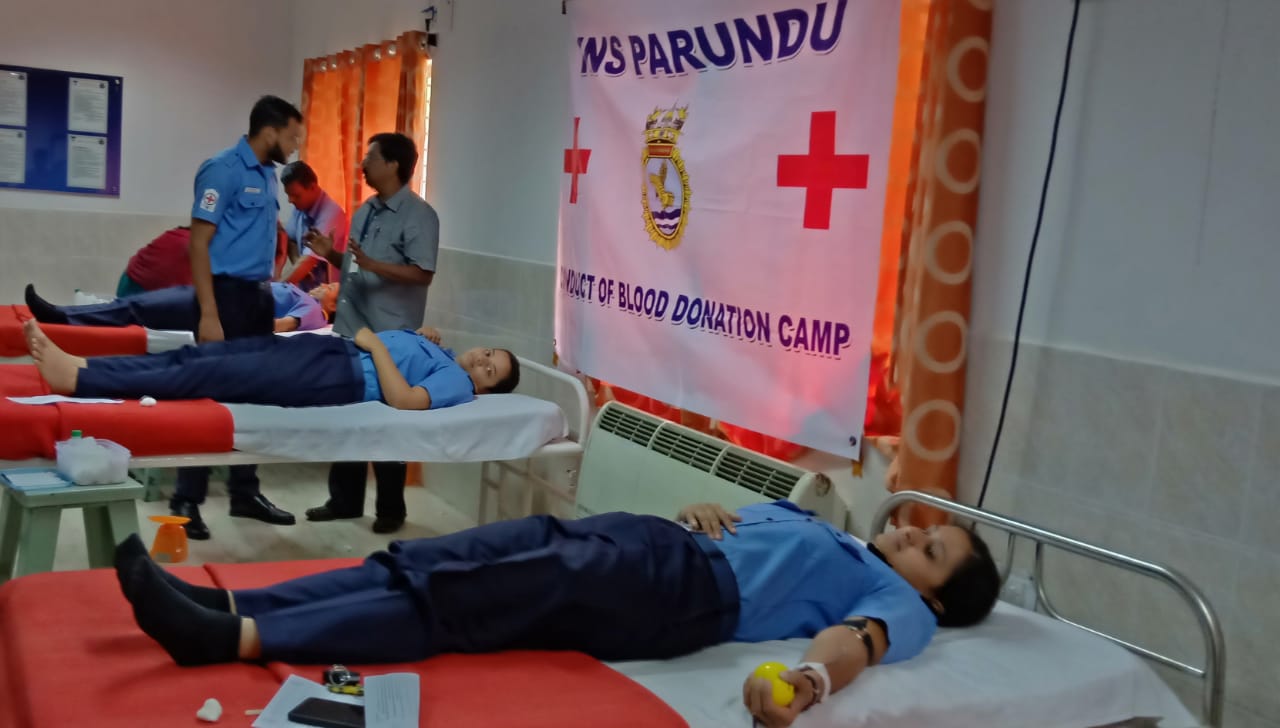 S Vishnu Sharmaa, INN/Chennai, @svs037
Indian Navy is always ready to help the citizens of this country while it stays second to none in guarding the nation from dangers on the marine front.
This was evident at INS Parundu where a blood donation camp was held as a part of Navy Week 2018 celebrations. Navy personnel and their families, defence civilian staff actively donated blood.

The good work was commenced by Commanding officer of INS Parundu Captain K V K Gosavi by donating blood. The bloodbank personnel of Government Hospital of Ramnad and staff of Government Primary Health Centre of Uchiipuli who were led by Dr Gana. Sources from Defence Ministry said blood donated will be used by health centres in and around Ramanathapuram district.