BRICS Summit ’18: an empowering message towards a better world.. 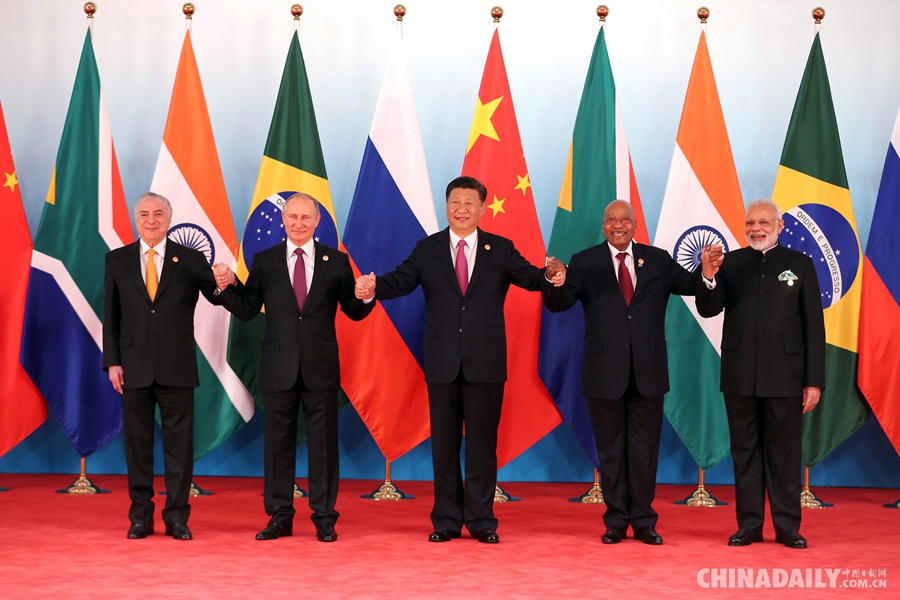 “A trade war should be rejected because there will be no winner,” President of China, Xi Jinping stated as the 10th BRICS summit of emerging economies unfolded at South Africa’s principal city, Johannesburg on Wednesday, 25th of July. The three-day annual summit took place at a significant conjuncture in the world economic history but the move was considered unfair by the US President ‘though its administration had pushed and array of tariffs just to rebalance the trade relationships of both countries.

Donald Trump’s plans of imposing USD 200 billion in new tariffs on goods imported from rival economic superpower China and threats to tear up existing trade deals have led to the unification of rivals alike and fueled the cooperation among the BRICS countries as they rooted for unity on trade.

“We recognizes the multilateral trading system is facing unprecedented challenges”.

“We underscore the importance of an open world economy, enabling all countries and people to share the benefits of globalization, which should be inclusive and support sustainable development and prosperity of all countries”.

“We call on all WTO members to abide by WTO rules and honor their commitments in the multilateral trading system.”

The US President, accused China of unfair trade practices and hence is wishful of cutting the trade deficit with the economic superpower. He even tweeted his projected antagonism towards the established trade relationships and stagnant policies   –

“From Bush to present, our Country has lost more than 55,000 factories, 6,000,000 manufacturing jobs and accumulated Trade Deficits of more than 12 Trillion Dollars. Last year we had a Trade deficit of almost US$800 billion. Bad Policies & Leadership must WIN again!”

In the face of the threats of tariffs by Donald Trump, the Chinese President urged the leaders of emerging economies to fight protectionism and promote multilateral global trade by working in unison. They sent an empowering message of condemning trade protectionism and defending multilateralism by ensuring steps to be taken for strengthening innovation and industrialization. An another key was highlighted by the BRICS’ New Development Bank, which will provide financial aid for the infrastructure development in Africa.

Besides the intensifying US-China trade conflict, the three day summit centered around the theme “BRICS in Africa: Collaboration for Inclusive Growth and Shared Prosperity in the Fourth Industrial Revolution” they’ve discussed the core areas of cooperation and mutual interest of BRICS which included, economic concerns, trade and investments, international security and peace and global governance. The summit also included a BRICS- Africa Outreach Session. During this session the leaders from Angola, Gabon, Namibia, Rwanda, Senegal, Togo, and Uganda were engaged in effective dialogues with BRICS heads of state on the theme, “BRICS in Africa: Working towards the realization of the African Aspirations.” This paved way for the thought that Africa is not going to be marginalized and its value will start being recognized. 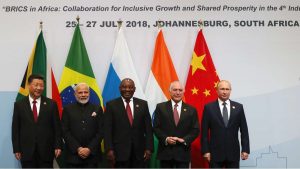 The cooperation among the member countries has matured with time and needless to say that the oneness of voice and symmetry in opinions regarding key issues that impact the global economic configurations are of historical significance that illustrates the leaders’ commitment to forging a better tomorrow and a world of harmonious growth. Thus, Johannesburg portrayed the scenes of courage as the five powerful economies stood united against trade protectionism and insisted upon maintaining the multilateral trade system.