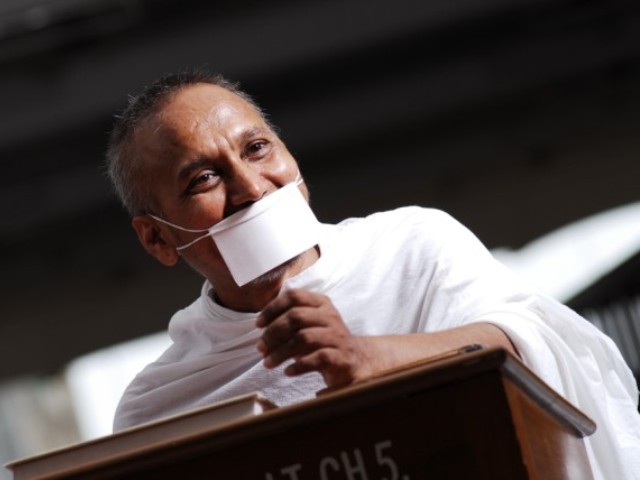 Shree Anand Marudhar Kesari Madhukar(AMKM) Jain Memorial Trust, organized an eight-day fasting for World Peace that was attended by 750 devotees including well known personalities from the city and more than 7000 people witnessed the last day event that took place at Binny Mills, Chennai.

Devotees of Acharya’s ranging from age 12 to 80 years old including 27 leprosy patients had participated in the 192 hours of fasting that ended on Sunday, 12th of August. And around 150 people who have come from various parts of Maharashtra had joined in and some came from different parts of India.  The fasting was organized on the eve of Acharya’s birth anniversary. The event took place under the inspiration of Jain guru Upadhyaya Pravar Praveen Rishiji Maharajah Saheb who has come down from Nashik.

“During the fasting, devotees drinks only hot water till sunset. After sunset, there will be no more for them to intake even water. The eight day festival also symbolizes friendship as it is a marriage between four days of Shravan and four days of Bhadarva. This is a noble cause, especially when terrorism, violence, disturbances are on the rise.  ” said Jain guru Upadhyaya Pravar Praveen Rishiji Maharaj Saheb. 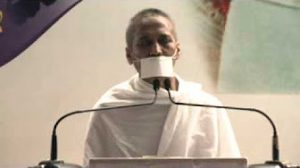 Upadhyay Shri Pravin Rishi is among the charismatic and influential Jain monk in today’s generation. He was born to pious mother Smt. Champabai Desarda and devout father Shri Dagdulalji Desarda on 7th October, 1957 in Ghodegaon (Ahmednagar District, Maharashtra). He only reached up to class X in school and had always been inclined towards deeper religious philosophies. As a result, he would eagerly participate in religious activities. His interest for Dharma grew manifold and changed into detachment from matters of the world. At 16, he accepted the vows of a Jain Monk (Diksha) at lotus feet of Acharya Shri Anandrishiji Maharaj of the Shraman Sangh on 24th March, 1974 at Bhusaval (Khandesh, Maharashtra).

As he started treading on this noble path with self-control (Sanyam), he set most of his time towards Gurubhakti and study of the Aagams. He spent 18 years under the guidance of Acharya Shri Anand Rishiji and served as the epitome of dedication and devotion to his Guru till his last day. Under the mentorship of his Guru, Pravin Rishi studied the Jain Aagams in great detail, analyzing it and applying what he had learned. His inquisitive nature shaped him into a multifaceted personality, that is why perhaps his sermons attracts listeners from all walks of life. He is known to hit the orthodox and superstitious mind-set of society with his logical observations and a person who had listened to him becomes his ardent follower.

In order to solidify the clay of his knowledge in the kiln of meditation, Shri Pravin Rishi practiced Divine Sadhana in the solitude of the forests near Indore (Madhya Pradesh) for 13 months around the year 2003. Taking note of his vast knowledge and Sadhana, Acharya Shri Dr. Shivmuniji (4th Patdhar of the Shraman Sangh) bestowed him with the title of Upadhyay in 2004. He has been practicing Ekanthar Tap (fasting on alternate days) for the past six years. With the intent of giving more and most to society, Upadhyay Shri works delicately on his sermons, programmes and Shivirs for 16-17 hours a day. 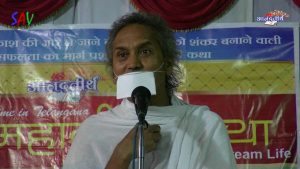 Until now, he has spent 23 Chaturmas on his own, influencing innumerable lives and transforming societies in the process. Through his wise words, he had motivated people in Maharashtra, Madhya Pradesh, Rajasthan, Delhi, Uttar Pradesh, Haryana, Punjab, Andhra Pradesh, Tamil Nadu and Karnataka. He had traveled over 2500 km a year on foot in order to propagate the words of Lord Mahavir.

Through his unique narrative style, Upadhyay Shri Pravin Rishi is perhaps the only monk to bring alive the life-story and messages of Lord Mahavir in the form of the Mahavir Gatha. He guides us along the journey of the Lord’s life with such deep intensity that listeners feel as if transported to the same timeline. Along the same lines, the Uttaradhyayan Sutra- Mahavir’s  last sermons, are narrated by him with an enchantment that makes the experience one-of-its-kind. Through such endeavours, he has ignited a feeling of divine faith in countless hearts.

His initiatives, Navkar Kalash and Gautam Nidhi, are continuously changing the face of society. His sermons on Karma Siddhanth (Secrets of Karma) highlight the depth of his knowledge, like balancing between tradition and modernity to science versus theory. Similarly, he has presented a new approach to the traditional Samayik, Pratikraman, Tapasya and Dhyan.

Upadhyay Shri’s roster of endeavours to inspire spiritual changes are increasing by the year. Wherever he notices darkness, superstition, confusion or deficiency in the familial, societal or dharmic spheres, he brings brightness through the flashlight of a Shivir or other programme. Through his Shivirs, he has touched the lives of people from all strata of society regardless of age, interest or gender. These include Discover Yourself, Happy Married Life, Happy Home , Arham Garbh Sadhana, Arham Dharna, Parenting, Rasoi Ghar ko Mandir Banayein, Joy on Sale, Purushakar and Ashtamangal Dhyan Sadhana among others. Each and every program provides for holistic growth of the learner. 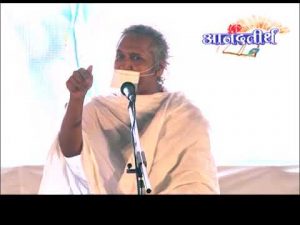