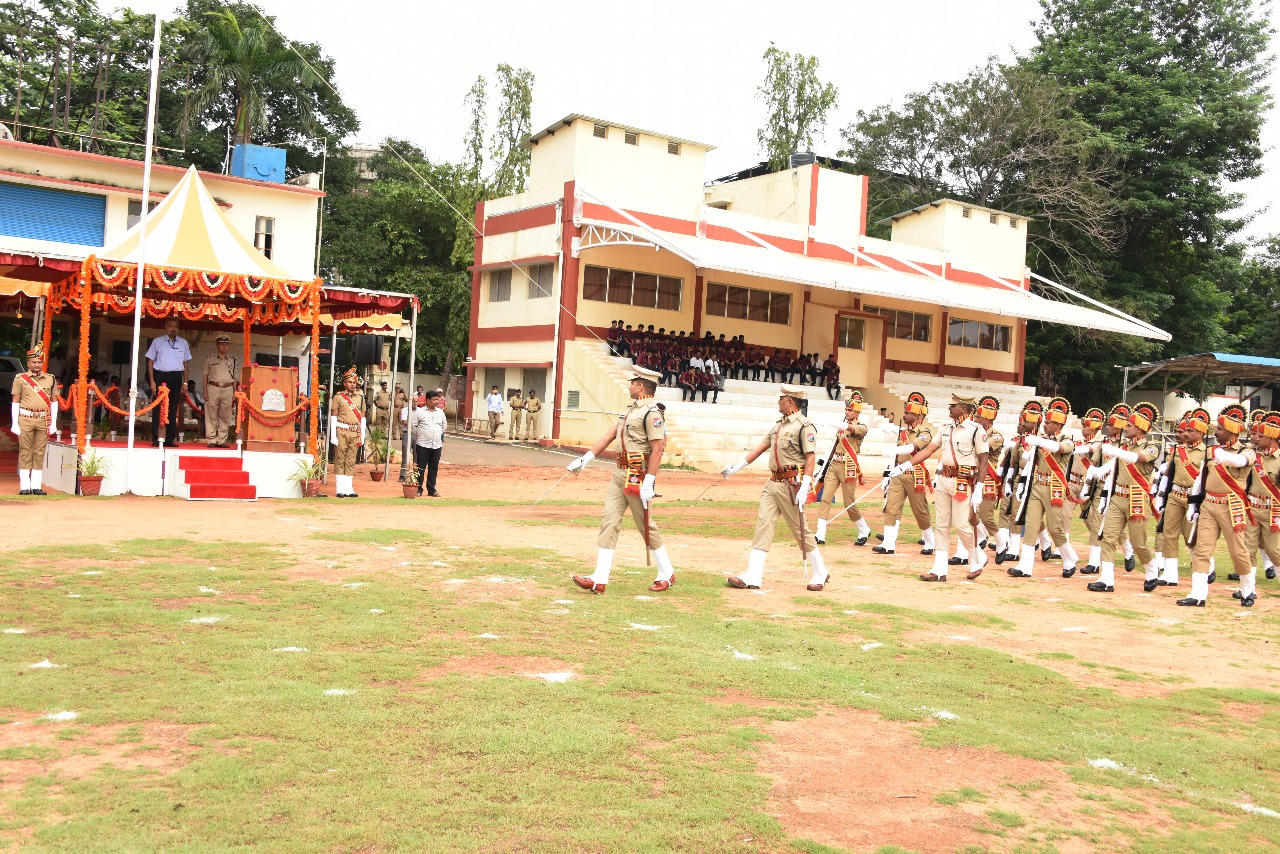 Vishnu Sharma, INN/Chennai, @svs037
Arun Sports Complex in Chennai turned centre of attraction recently when Integral Coach Factory (ICF) celebrated the 33rd Rising Day of Railway Protection Force (RPF) on 20 September.  RPF celebrates its Rising Day on 20 September every year to mark the occasion of it being conferred the status of armed forces by an Act of Parliament on 20 September 1957. ICF General Manager S Mani was the chief guest for the event. He reviewed the parade of RPF contingents.
RPF sniffer dogs were an added attraction during the parade. Mani praised the yeomen service of RPF. They serices to Indian Railways and ICF in particular deserves a pat, he said. Principal Chief Security Commissioner of ICF S.K. Parhi said during the year 2017, about 971 cases were booked and fine Rs 1,98,100 was collected.

Till August 2018, about 399 cases were booked and a fine amount of Rs 1,32,700 were realized under various sections of Indian Railways Act against the offenders at ICF premises. With a view to keep ICF premises clean, a number of cases were  registered against offenders who put unauthorized banners, posters, he added. Cases were filed for theft of Railway property duly recovering the same under Railway Property (Unlawful Possession) Act.
He said that RPF at ICF won the runners trophy in the Inter division RPF Athletic Meet 2018 held at Trichy. Individual RPF cadres have won 23 medals including 12 gold, 12 silver and 7 bronze medals in various sports events, he said. He also added that various welfare measures were undertaken for the RPF cadre by ICF administration like providing a 20 bedded RPF women barrack.
He further said that the boundary wall of parade ground was strengthened, high mast light was installed and a CCTV coverage was provided at Villivakkam yard and in factory area, residential area, hospital premises of ICF. They were provided to keep an eye over the anti-social elements. Skill display by the RPF sniffer dog squad, cultural programmes by RPF personnel and students of ICF Technical Training Centre entertained the audience.