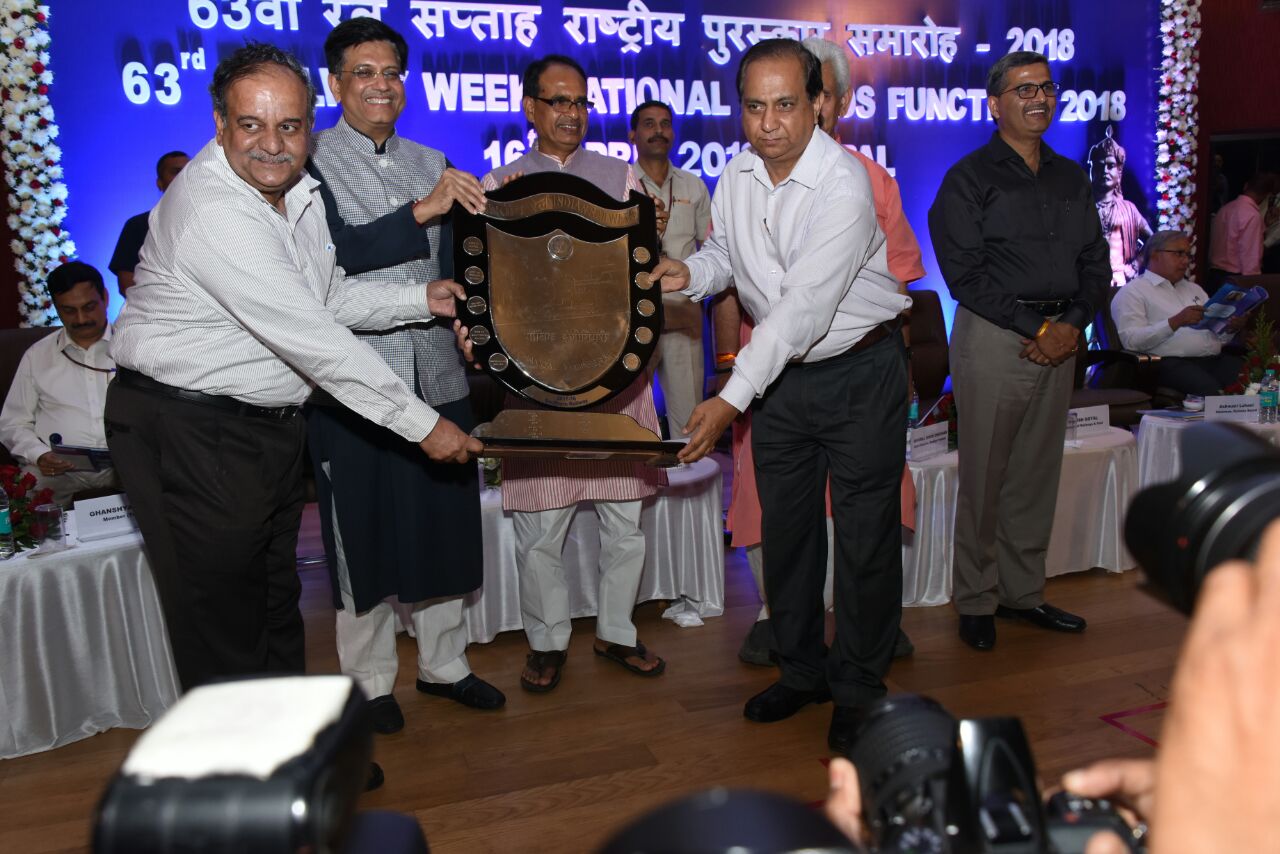 Every year, during the Railway Week Celebrations in the month of April, awards and shields are given away to various zones, divisions and staff of Indian Railways in recognition of their outstanding efforts made during the previous year.

The Mechanical Department of Southern Railway displayed immaculate performance during 2017-18.
On-Board House Keeping Services (OBHS) are presently available in 85 trains over Southern Railway. To ensure the supply of quality linen to AC passengers, two BOOT (Build, Operate and Transfer) laundries are operational at Basin Bridge and Kochuveli. Four more would be established to take care of 100% of linen supply in Southern Railway.65% of the coaches over Southern Railway are fitted with Bio-toilets.

Double Decker Coaches (11 Nos.) were refurbished/ upgraded with the provision of Poly Vinyl Wrapping on Coach Interiors/Exteriors, Wi-Fi enabled Infotainment System with LCD Display, Pantry with Coffee and Snacks Vending Units etc. LHB Coaches with German technology was introduced in 12673/74 Cheran Express from 10/11/2017. A total of 12 trains with 451 coaches have been provided with LHB coaches in Southern Railway so far.

But the Landmark achievement was the Golden Rock Workshop (GOC), Trichy. GOC is the premier Workshop of Southern Railway engaged towards manufacturing of Wagons. During 2017-18,160 Nos. BOXNHL and 178 Nos. BLC Wagons were manufactured. In addition, GOC Workshop has bagged an order for manufacture of 250 Nos.

BVCM Wagons for Rs.36.46 Crores and 1035 BCS Wagons for Rs.314 Crores for CONCOR. The workshop bagged the prestigious 5-star label and National Award for Energy Efficiency from Bureau of Energy Efficiency, Ministry of Power. The Southern Railway’s Mechanical Department has achieved breath-taking breakthroughs in development and they clearly deserved the award.