Nation needs to wake up to stop criminals 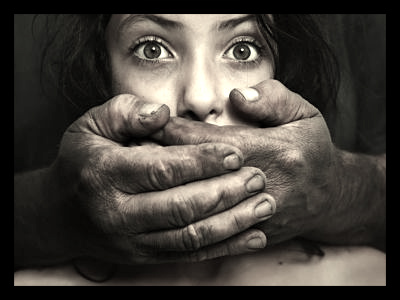 Rape is a heinous crime creating a massive social problem affecting the society. News is upsetting and annoying to every people from all walks of life and living in every corner of the country. The law must be tough and must punish the culprits to ensure any girl who step outdoors feel absolutely safe. The people around must step forward to rescue someone in trouble and alert the police to put an end to anti-social activities.

Teasing or bullying, molesting or harassing or any sexual abuse are plaguing the society girl and more shocking is the way society reacts to it.
At present, the crime rate is such that every minute, a rape is reported from some nook and corner of the country. Complains are pouring but statistics reveal the deplorable state with the shrugging off shoulders attitude and inaction.
The 2012 Nirbhaya shook the entire nation but people had to reach out to the authorities concerned to seek justice and the culprits were arrested after a long wait. Subsequent incidents across the country have been jolting the society which seeks justice at the earliest as far the phrase ‘justice delayed is justice denied’ goes.
But the stats leave us astonished. In 2013, the NCRB mentioned about 24,923 rape cases across India. Out of these 24,470 were committed by someone known to the victim. Sadly, the numbers from our national capital and neighbouring areas like Noida and Gaziabad are horrific. And to add the such incident across the country is even more staggering.
The Law which is equal for all needs to serve its purpose. What needs to be ensured is that a common man steps forward and help the police to stop these worthless culprits. An environment needs to be created where one can approach the authorities without the fear of being attacked and intimidated by those who place themselves above others. The power must be in the hands of the common man to voice against what’s wrong and do what’s right and lead the fight.
If we want a thorough change, we have to change ourselves first. Just how we choose our government, we have to work together to change the system and law for good. A law that is equal to every citizen and a law that listens to every complains of those treated unlawfully, be it by a goon on the street or a goon on his seat.