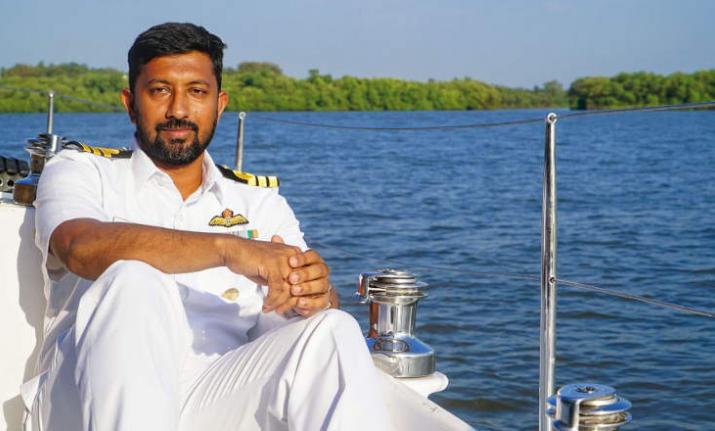 S. Vishnu Sharma, INN/Chennai, @svs037
They were not one or two but many who were heaping praises soon after the happy news about Indian Naval personnel Abhilash Tomy KC being rescued spread like wild fire.
‘Great job done. Thanks to all the national and international players who participated in rescue efforts. God bless you all,’ was said by Brigadier Jay Kaul on twitter.  Vice Admiral Jaggi Bedi (retired) said ‘anxiety over. A praiseworthy SAR mission well executed by the seafaring community of different nations. Timely medical aid and care now becomes of paramount importance. Wishing Tomy speedy recovery.’ 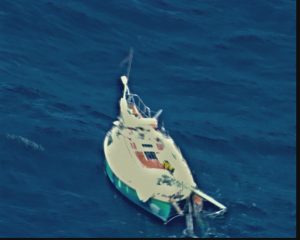 They were among those who gave a big pat for the rescue efforts. For the brave naval officer, it was like not all the days will be brighter, nor, will dark times always exist.’ Nevertheless, moments were never easy for him after his boat went berserk owing to a sudden change in the weather at the sea.
He had to spend time on the sea till the help came to him in form of French fisheries vessel Osiris, this was no easy task for the navy man. Naval commander is said to have spent three days on the sea.
https://www.youtube.com/watch?v=uh4vkuMOKNA
The own words of Navy man which said ‘the sea was unbelievably rough. Me and my boat Thuriya were pitched against the nature’s might. I survived because of my sailing skills, the soldier bit in me and my naval training cut-in for that fight-Cdr Abhilash Tomy. Very thankful to Indian Navy and all who rescued me,’ indicates that. But the spirit to fight in man always says to him ‘never easily accept defeat.’ 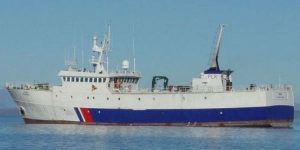 Sources say the French vessel was on her last voyage before being scrapped. Lending a helping hand had earned it a name that it was involved in a noble deed before becoming history. This was a marvellous example of a co-ordinated search and rescue operation between nations. The credentials of Abhilash Tomy too are quite impressive.
He is a reconaissance pilot in the Indian Navy, he has received ‘Kirti Chakra’ and also Tenzing Norgay National Adventure Award for his non-stop solo circumnavigation in 2012-13. He is said to be the second Indian to complete it. He is also the only Indian participating in this year’s race. The navy man has also been awarded the prestigious McGregor Medal for military reconnaissance.
The happy news of all is that Abhilash Tomy is stable and has no major injuries. A French doctor who examined our naval soldier said Abhilash has no major injuries.
https://youtu.be/9lt96fkqncU