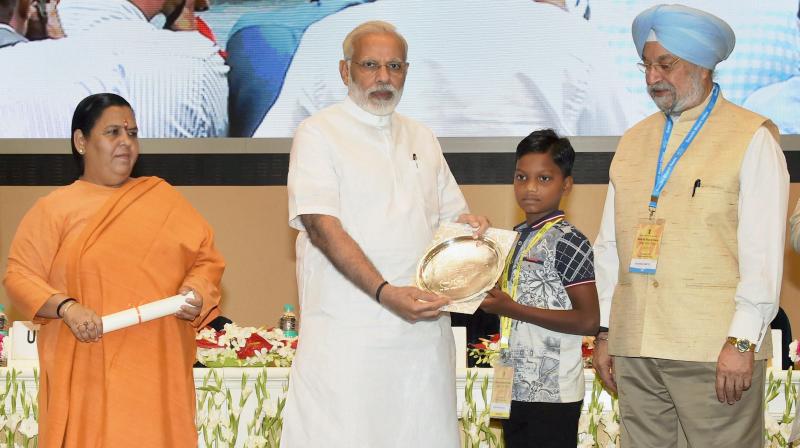 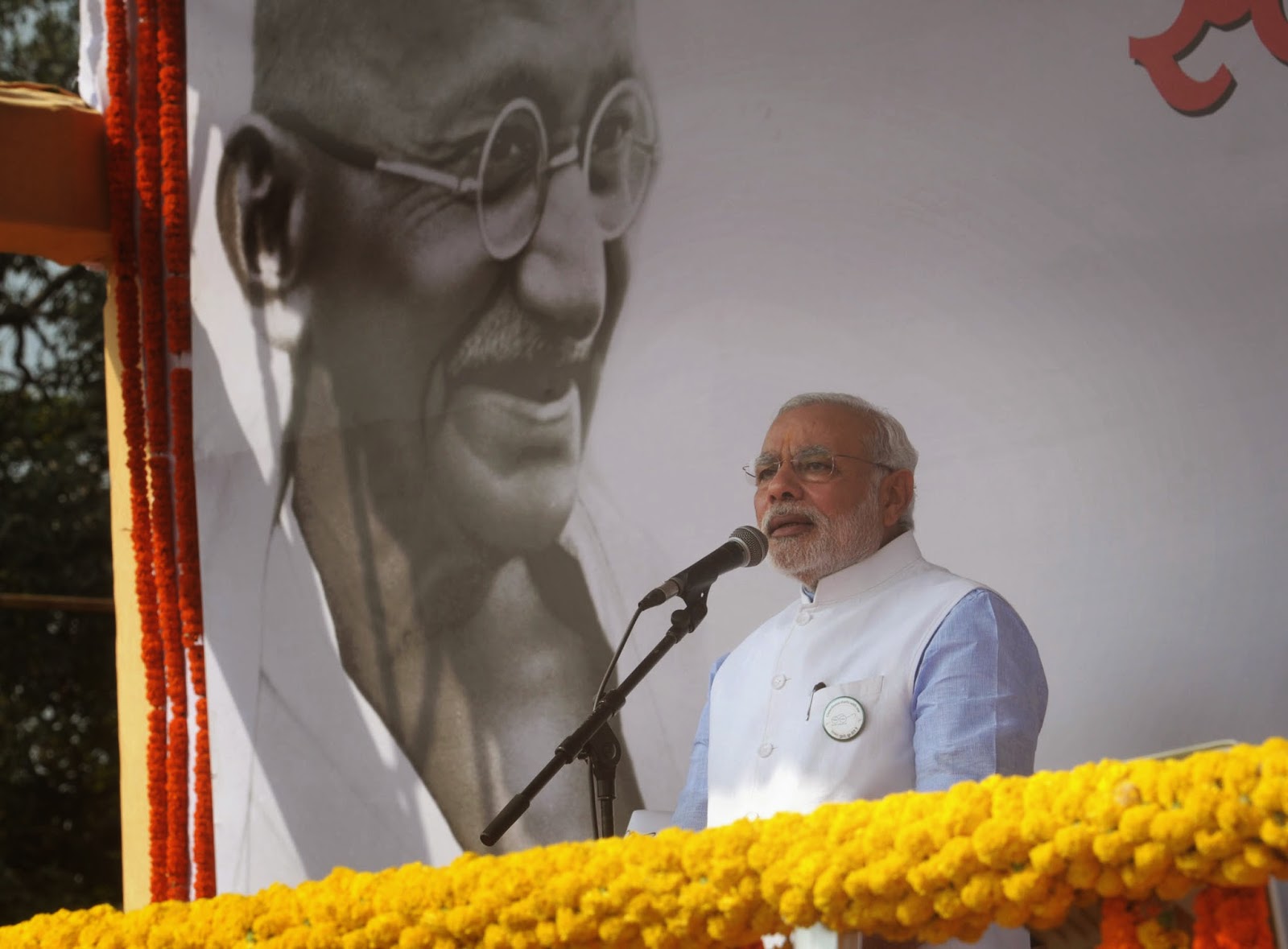 The Prime Minister, Narendra Modi, on the third anniversary of the Swachh Bharat Mission, the Swachh Bharat Diwas, and the conclusion of Swachhata Hi Seva fortnight, gave away the Swachh Bharat National Awards at a ceremony organised by Ministry of Drinking Water and Sanitation (MDWS) in New Delhi. Awards were given to winners of essay, film and painting competitions organised as part of Swachh Sankalp se Swachh Siddhi.
The event marked the culmination of a national campaign titled “Swachhata Hi Seva” that the MDWS had organised in response to the clarion call given by the Prime Minister to citizens of India to contribute to the improvement of sanitation status in the country in the run-up to Gandhi Jayanti.
In his address, the Prime Minister spoke about overcoming the challenges on the way of creating a Swachh Bharat with jan bhagidari, people’s participation. He said that Swachhata cannot be realised even if all political leaders in history came together for it — it can only be realized when 125 crore Indians come together for it. He said that the successes achieved in the Mission so far have not been an accomplishment of the government but of the people of India who have made this dream of a Swachh Bharat their own.
The Prime Minister also spoke about the criticisms of the Mission that claim that toilets are not being used. He said that it is a fact that such things happen and that he has experienced this personally. However, he said that it needs to also be highlighted that people’s participation and the personal responsibility of the concerned household is critical to avoid such instances. He said that until each and every household that has a toilet realises that Swachhata is their responsibility as well, the vision of a Swachh Bharat cannot be realised.
To this end, he said that children and youth are the best ambassadors. He congratulated the work done by all the children and youngsters across the country who participated in the Swachh Sankalp Se Swachh Siddhi competitions for leading a thought revolution for Swachhata. He also said that the role of the media and civil society in supporting this thought revolution has been appreciable. He said that this good work needs to be continued in order to realize this collective vision of a nation.
The Prime Minister also spoke about the role played by women in maintaining Swachhata in the household, the need for all members of the family to support them in this task by playing their role. He also spoke about the responsibility of society, and men, in particular, to ensure that women have access to clean and functional toilet facilities at home, in public places and, most importantly, school toilets to ensure that adolescent girls are not forced to drop out of school. The Prime Minister also shared the results a study done by UNICEF that has revealed that a poor family bears Rs 50,000 of additional and avoidable burden per year in terms of health costs due to poor sanitation.