440 students join together to create a new Guinness World Record 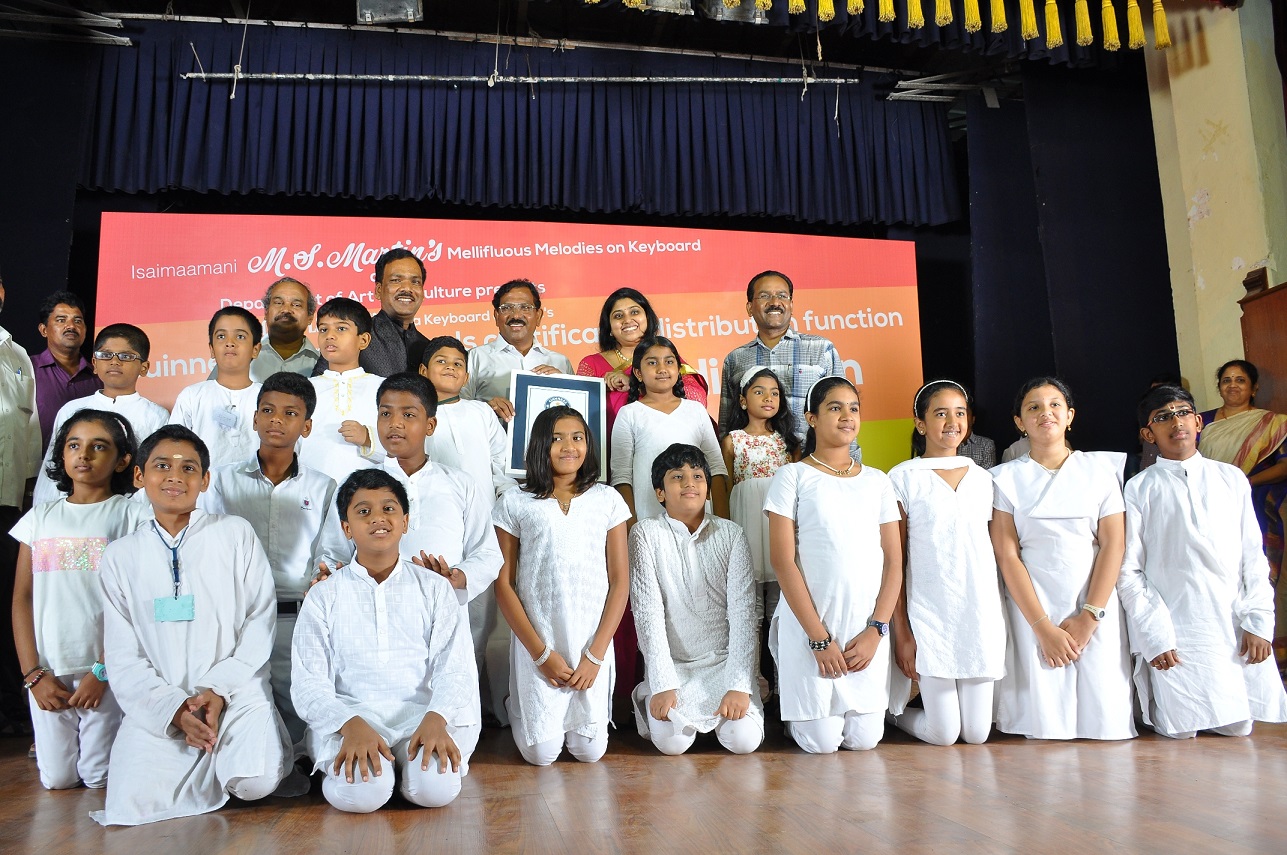 Mellifluous Melodies on a keyboard, in an attempt to build awareness on ‘Stop Child Labour’ created a new world record for the largest keyboard ensemble, wherein 440 students, inclusive of 10 visually challenged students participated to create awareness on child labor on May 1.  The certificate distribution ceremony was held recently at The Museum Theatre, Egmore in the presence of K Pandiarajan, Minister of Tamil official Language, Culture and Archaeology. Guest of Honour Thiru A Ramalingam IAS and D Jagannathan IAS, Managing Director Tamil Nadu Text Book Corporation

Beating the earlier record, wherein 400 students participated in a keyboard ensemble, the 440 students strived to create a new record to build awareness about ‘Child Labour’. The 440 students also included ten visually challenged children who excelled at the ensemble. K Pandiarajan presided over the event and shared much appreciation towards the efforts of the children.

Melliflous Melodies is founded by Isaimamani Ms. Martin, a versatile artist, who began his musical journey with Sivan Arts Academy, and later founded ‘Mellifluous Melodies on Keyboard’ – a music school of his own. Through his music school, he has been training hundreds of students in Chennai, Bangalore, United Kingdom and the United States of America in kirthis and varnams with a special emphasis on bringing out the gamakas precisely. A gold medalist himself, in B.A. Music from Annamalai University, M S Martin has been energizing the life of children, with Carnatic music on a western Musical instrument. He has a keen eye for young talent and has always worked to bring child prodigies to notice. 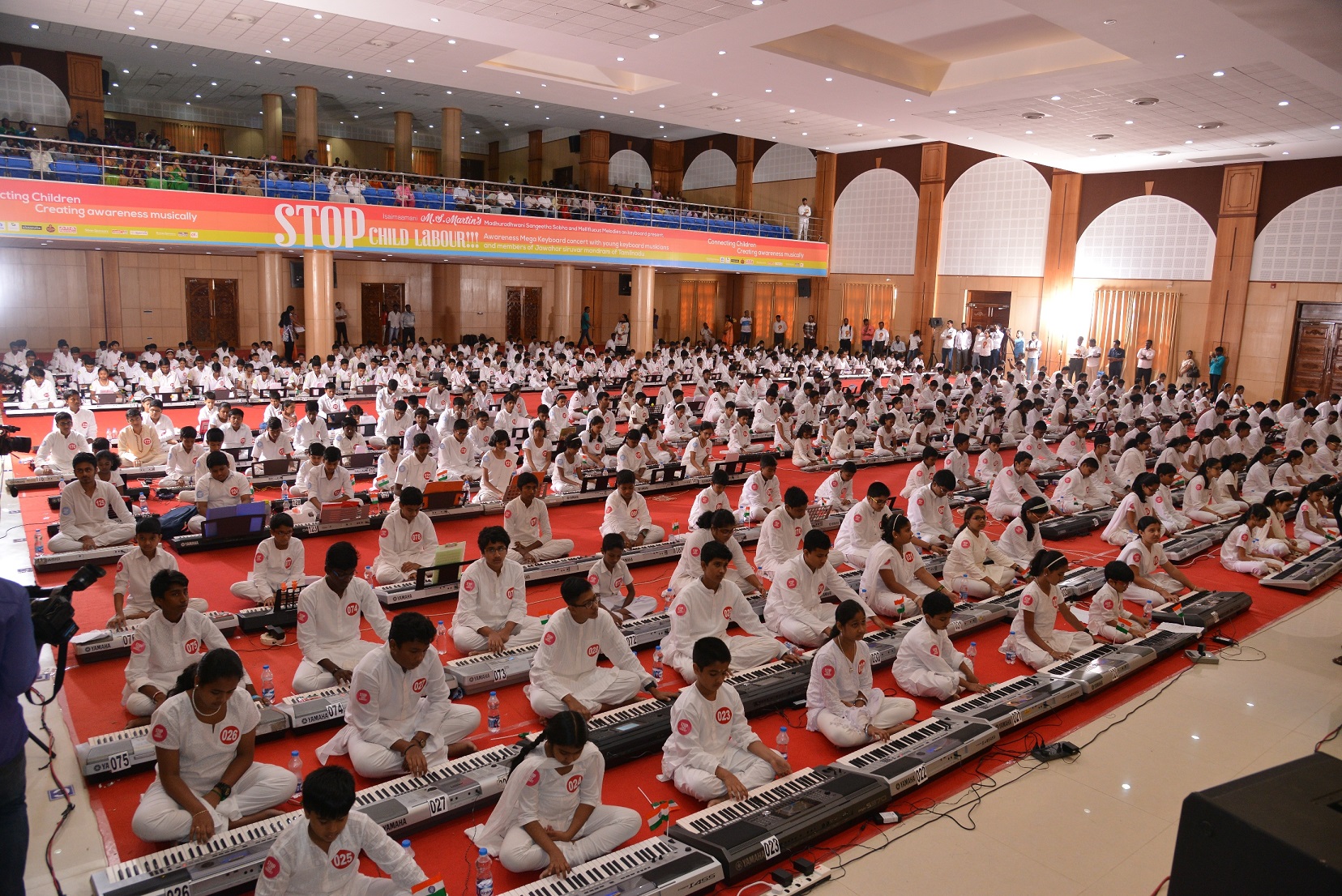 Martin, who has spent around three decades teaching Carnatic music on the keyboard, has risen to become one of the most-sought after tutors in the field. “Keyboard is mostly considered an instrument that can play only western music, but there are many classical Indian tunes that it can produce. I have also been working with keyboard companies on making necessary additions to the instrument so as to allow playing Carnatic renditions on it better,” Martin adds.