Eat Right India: A Convention For A Healthy Diet To A Healthy Mind 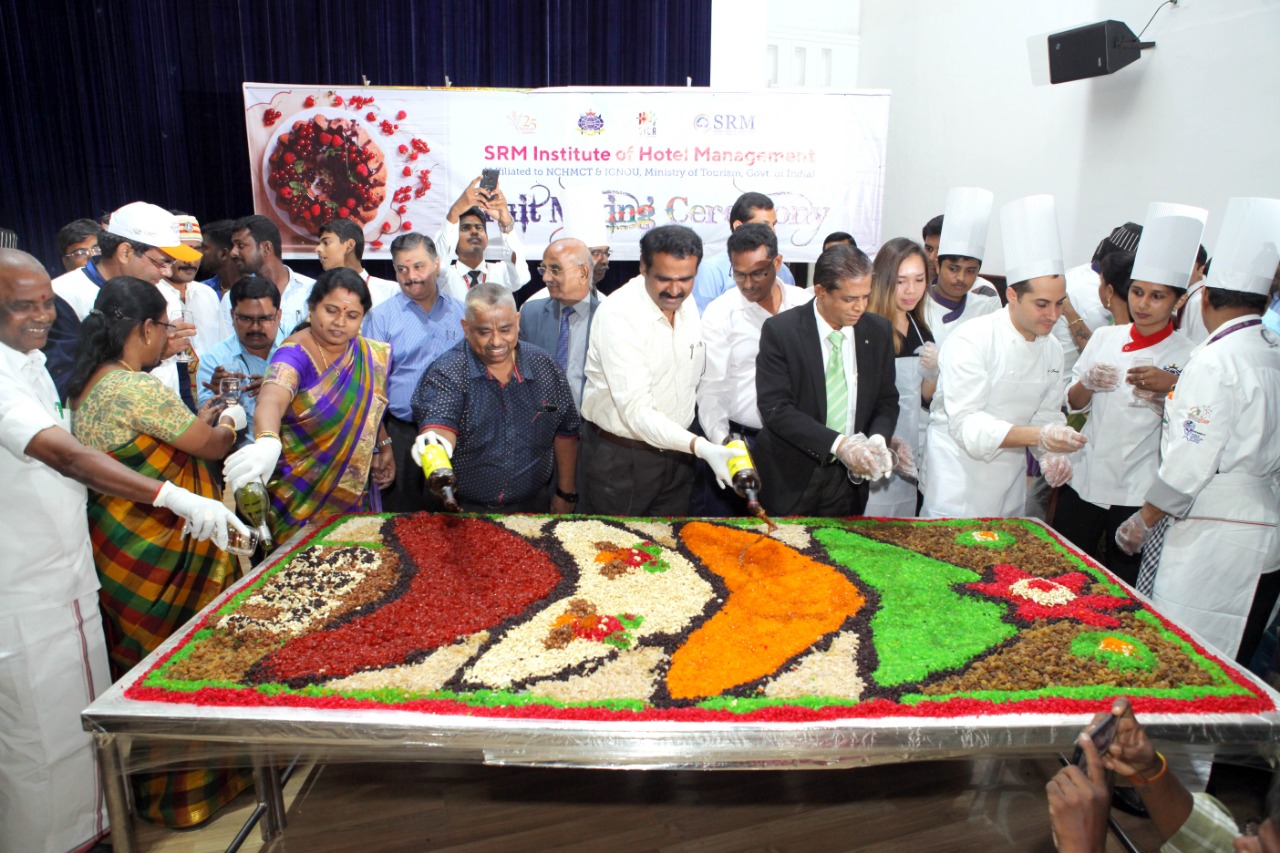 Food Safety and Standards Authority of India (FSSAI) under the Ministry of Health and Family Welfare in cooperation of ‘Swasth Bharat Yatra’, a pan-India Cyclothon, launched a key element of the Eat Right India Movement which inspired by the Honorable Prime Minister, Narendra Modi’s vision of leveraging 150th Birth Anniversary of Mahatma Gandhi, various activities had been done under the ‘Eat Right India’ movement.

The ‘Swasth Bharat Yatra’ was flagged off last 16th October, 2018 (World Food Day) on six tracks from six different locations and covered almost all States/UTs, culminating at New Delhi on 27th January, 2019. It will comprise by a team of 150 “Volunteer-Cyclists” and the convoy will include the ‘Eat Right Mobile Unit’ and a Mobile Food Testing Unit. The Convoy would make “stop-overs” in the cities and towns and will have a transit “halts” and activities in over 2000 locations within the span of 100 days.

SRM Institute of Hotel Management, being the main sponsor of the event, hosted the entire day event at T. P. Ganesan Auditorium. The event begun by welcoming the participants of the walkathon from Guduvanchery and ended up at SRM Institute of Science and Technology. The participants of the walkathon were holding placards insisting the importance of eating safe, healthy and fortified foods.

Prof. Sona Aruna, addressed the gathering with her nutritional presentation on healthy nutrition balanced diet. And followed by the demonstration given by Chef Simone Fraternali, the Executive Sous Chef of Sofitel Restaurant, Singapore.

A debate under the headship of cine actor Mr. Delhi Ganesh on the title “The culture of food based on Science, is an Improvement or a failure in which stole the show with humour and food for thought as well.

A talk on healthy living was delivered by Dr. Shivaraman, BSMS who elaborated on the importance of being healthy and ways to keep healthy. Post lunch was the cooking demonstration by the famous celebrity Chef Damodharan. The traditional fruit mixing ceremony for the festive season was gallantly done by all chief guests and the esteemed dignitaries.

Towards the end of the event many people were awarded by the elite dignitaries for their fabulous work rendered for the FSSAI. The registrar of SRM IST and the Director of SRM Institute of Hotel Management felicitated and honoured the dignitaries.