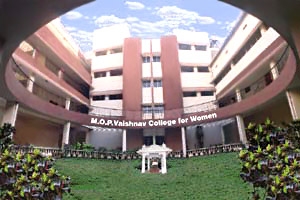 Several national and international veterans of filmmaking and allied fields will take the stage to share their expertise at ‘INSPIRE 2018’, an International Media Summit on Filmmaking, on the campus of M.O.P. Vaishnav College for Women Chennai on 11 and 12th January.

The event is being organized to mark the college’s 20th year of establishment of its School of Communication and Media Studies. The summit has been designed to be of immense benefit for media students and film enthusiasts and will be attended by media professionals from the industry around the world.

The event will be inaugurated by Consul General Robert G. Burgess, U.S. Consulate General Chennai with Dr. Vyjayantimala Bali, Actress, Dancer and Parliamentarian. The highlights of day 1 include Art and Aesthetics of Film Making by Film Critic Mr. Baradwaj Rangan, followed by a session on the Nuances and Scope of Documentary Filmmaking by Prof. Annette Danto, Brooklyn College, U.S.A. Other sessions on the first day include production workshop by Mr. Michael Baser, Animation Workshop by Peter Walsh,Vancouver Film School, Canada followed by an interactive session on Cinema & Creative Freedom, by Mr. Arun Prabu, Director (Aruvi fame).

The second starts with a session on ‘Telling the Tales’, scripting technique by Sri Lankan filmmaker Mr. Prasanna Vithanage followed by a session called ‘How a Director Brand Himself’ by filmmaker Mr. Ram. Other attractions of day 2 include Editing Techniques in Films by editor Mr. Sreekar Prasad and Sound / Sound Effects in Films by sound engineer Mr. Tapas Nayak. The day will wind up with panel discussion on Whose Cinema Is It Anyway? reflecting on the Intersections of the state, filmmaker and audience by Dr. Uma Vangal, filmmaker and visiting Professor of Film, Kenyon College.