SRM Arts and Science College continues to be the citadel of excellence in learning and it has been proven by the university results. The 22nd Graduation Ceremony began with the invocation and Dr. T.P. Ganesan, PRO Vice-Chancellor, SRM Institute of Science and Technology, welcomed the gathering. Hon’ble Founder Chairman of SRM Group of Institutions, Dr. T.R. Paarivendhar presided the ceremony. In his presidential address, he spoke about the importance of placements in the colleges and gave a message on “Honesty, High Imagination and Hardwork”. 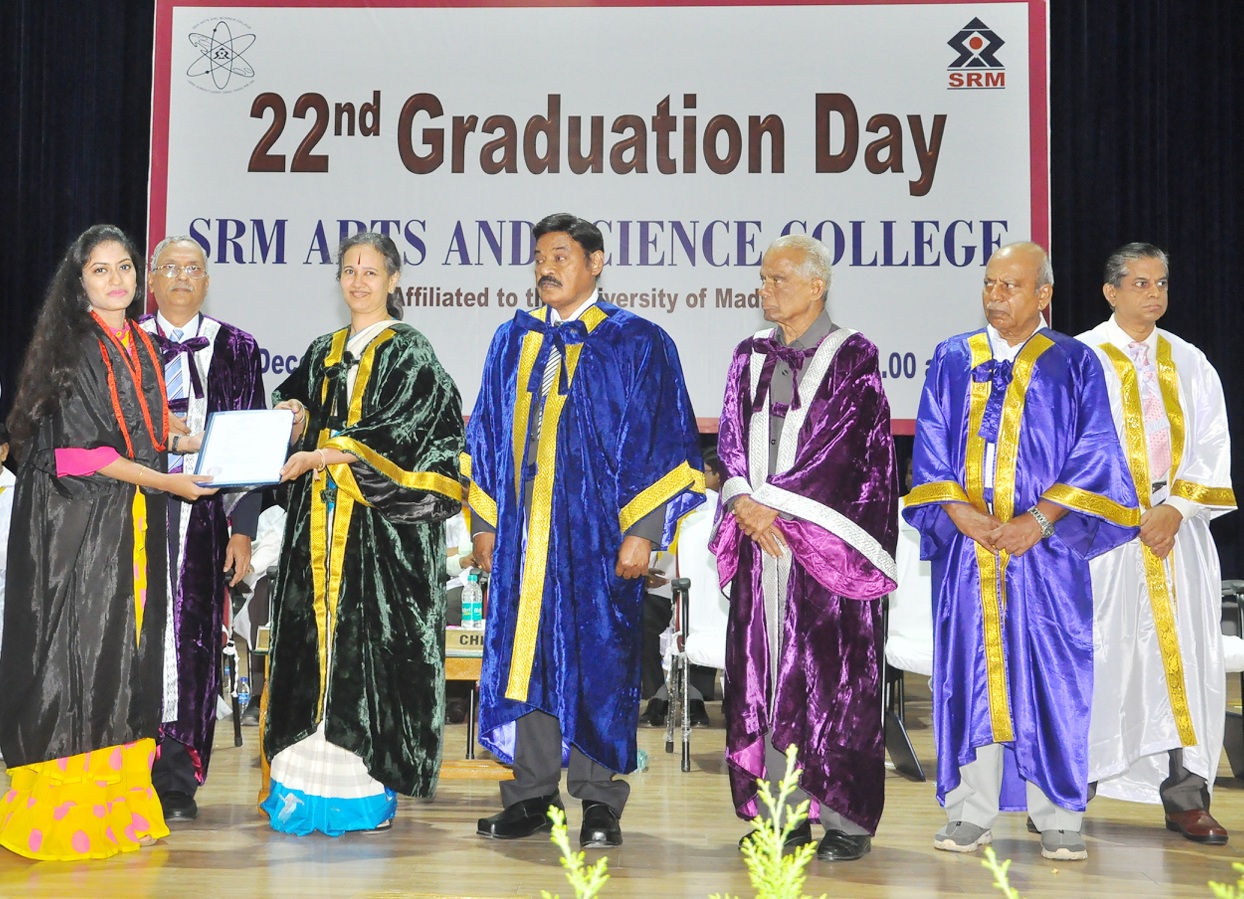 Hon’ble Dr. Justice Anita Sumanth, Judge, High Court, Chennai was the chief Guest and she gave away the Graduation Day Address. In her address, she spoke about the various aspects of life and she stated, “Touch the lives of those around you”. “Education and Exposure have blurred the lines of Gender”, she added.

Dr. K. Subburam, Principal. SRM Arts and Science College delivered the Annual Report and the achievements. In his report, he stated that the college is proud to state that more than 85 students have secured Madras University Ranks (within first 50 Ranks). And Mr. K.R. Jaikumar was awarded the Gold Medal for B.Sc Hotel and Catering Management course by the University of Madras.

During the academic year (2017-18) fee concession has been given to 107 students by the Management and on top of it, the College Management offered free education to 57 students in this academic year. The College has a very effective placement cell for campus recruitment. All the eligible students have been placed in the recruitment drive and have placed a record of 100% placements consistently for the past five Years. “SRM Arts and Science College is a citadel of Excellence, he added.