Be careful, your own dream can drown you

It is better one be careful while seeking admission for popular courses in famous colleges. A seat to study a course in high demand is a thing no one refuses.

Thanks to the employment opportunities these courses offer, many would like to do anything to get a seat to study the. It is better we exercise caution while attempting to secure a seat, lest we should fall prey to tricksters who are only eager to take advantage of every situation and make money.

It is not proper to blame to students and their parents alone, says senior journalist Ramanathan Krishnan. Desperation of parents and their children to seek admission into popular courses fertilizes prospects for fraudsters.

True, says Krishna Kumar, a representative of a private college in Chennai. We dont know how impostors get details about applicants of various courses. Tricksters pose as representatives of educational institutions and demand money promising admissions.

Desperate to get a seat, many parents fall into the trap. With changing times, tricksters come out with new methods to con the innocent victims, nailing them becomes quite challenging owing to this. Online mode is also used to con the victims, say sources from investigating agencies. 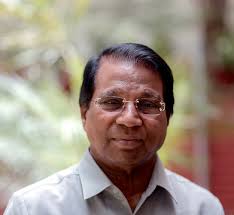 Students and their parents can go to the universities, colleges directly to seek admission, instead of taking refuge in the middlemen.

Fraudsters are educated offenders who know how systems, technologies work, are able to con people easily. Be careful of them. G Viswanathan, Founder Chancellor, Vellore Institute of Technology (VIT)

Tricksters target students who are not confident of getting a seat owing to less marks through bogus websites.

They get information about the applicants asking them to fill the forms on the fake websites and con them lateron. Best way to avoid falling in the trap is to be in touch with educational institutions directly for admissions. T R Paarivendhar, Founder, SRM group

Fraudulence prevents many students from obtaining admission into courses of their choice.

Educational consultants provide alternatives to students and try to get them admitted, however, thanks to fraudsters even genuine consultants are being viewed with skepticism. Sanjiv Singh, Founder, 360 Solutions, Education Consultancy.

Better cautious than sorry. She fell prey to tricksters in the attempt to seek admission into MBBS and paid the money.

Admission did not materialise, and we had to admit our daughter into BDS instead of waiting for another year for an MBBS seat. Veena Sharma, Victim