Blogs – why we need them 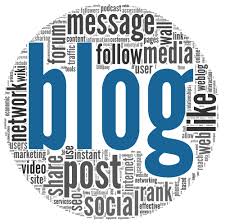 Blogs are website like things that are available on  the interest providing the user’s generated content aiming to communicate news or views of a person, institution, industry and etc.  containing continuous entries.  Blogs are important means of communication in conveying news views and etc..  The corporate companies use blogs to promote products and services at the same time and as well as political parties use blogs to communicate their views. Blogs are forms of social media communication that helps to communicate views and ideas as well as products of information and goods effectively.

The West and the US are advanced in new media as 40% of works are using internet or new media effectively.  As we have three societies of agricultural, industrial and information societies, we are in information society, and with the fall of communism in Eastern Europe, we are into information society. Rogers Noshir Contractor and Arvind Singhal, speak of theories of technology as Utopian meaning technology is good dystopian, meaning technology is a bad contingency and that is how we decide to use a neutral theory which is neither good nor bad kind of technology. And science brought many comforts to people as blogs continue to highlight individual and society’s achievements. The former US  Vice president Al Gore speaks of Information superhighway, a highway like where you can surf or browse indefinitely.

Blogs are social media and social media communication include twitter, facebook and others as PM Modi and others uses it regularly.  PM Modi tweets on important occasions to convey sentiment of the nation and its people as he represents the country respectively in India and the world arena.

Blogs are user generated and there is interactivity effectively in it and blogs contains entries of people on regular levels.  Corporate blogs promote corporate products, services and the like of new media like PR tools in today’s changing economy.  Podcasting is audio blog and micro blogs deal more of individual entries and the likes in all possible ways.

New media have interactivity as President of the US that can communicate or be in touch with all individuals in the USA and mass communication is different as it is a private organization or government  and reached atomized individuals and have a role in governance.  During the recent elections in the US President Trump and democratic candidate Hillary Clinton used blogs new media and the like to communicate to people.  The candidates used to tell each other good points and why they should vote for without much abusing or criticizing others largely.  New media play a role in American politics as media played a role in the Louisiana governor election during 1983-84 as Edwin Edwards and Niven- two party’s candidates speaking about themselves.  Media played powerful role in all US elections during Reagan, Bush, Clinton Obama and other Presidents and a new media occupied a role as even L. K.  Advani once had website or blog like thing.

There is a digital division between haves and have not and media especially new media can play powerful role today.

In the age of news media, dominating the world in promoting various aspects of country and society,  all countries including Russia, media plays a powerful role in highlighting a government’s faults or how something or some person or a certain organization can correct themselves as this becoming more. Blogs, new media, user generated content will help society market economy as rights and wrongs are revealed to people as the US President Nixon was a creation of the Washington post and the same paper revealed the water gate scandal resulting in his fall.New media can make or mar a certain situation constantly.  Media reveals the truth most of the times and is responsible to all especially to down or be trodden as this could become a situation for new media or to a blog also.  In a complex society of today’s world blogs, it can perform a powerful role in informing,  educating and entertaining people like regular media as Dr. William L. Hagerman a former faculty of Communication of University of Southwestern Louisiana once said, we know of happenings not because we cared to know but often because of media, could come true for new media also as blogs, twitter, face book and social media have a powerful role to play in today’s India and world at large.