Science and technology can make an impact to develop rural areas 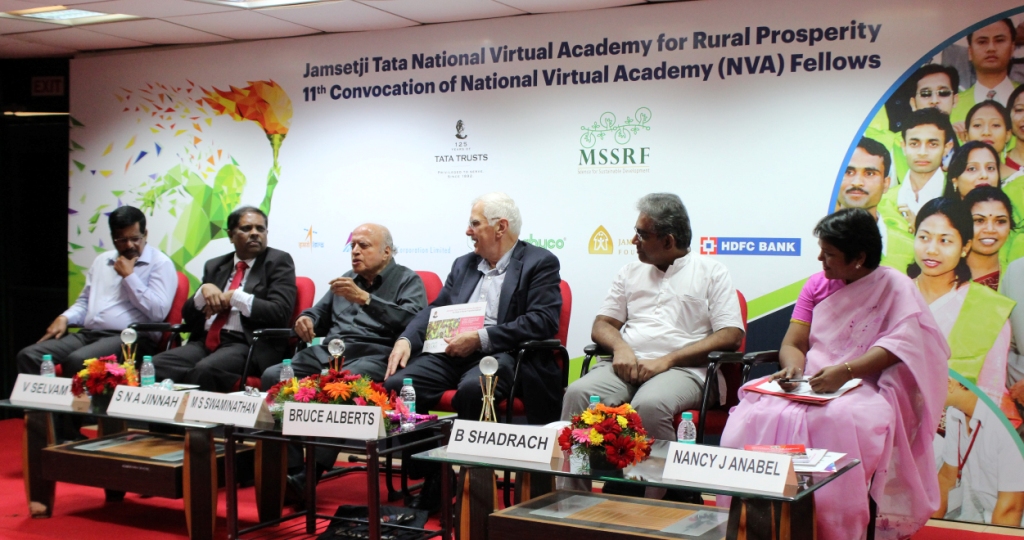 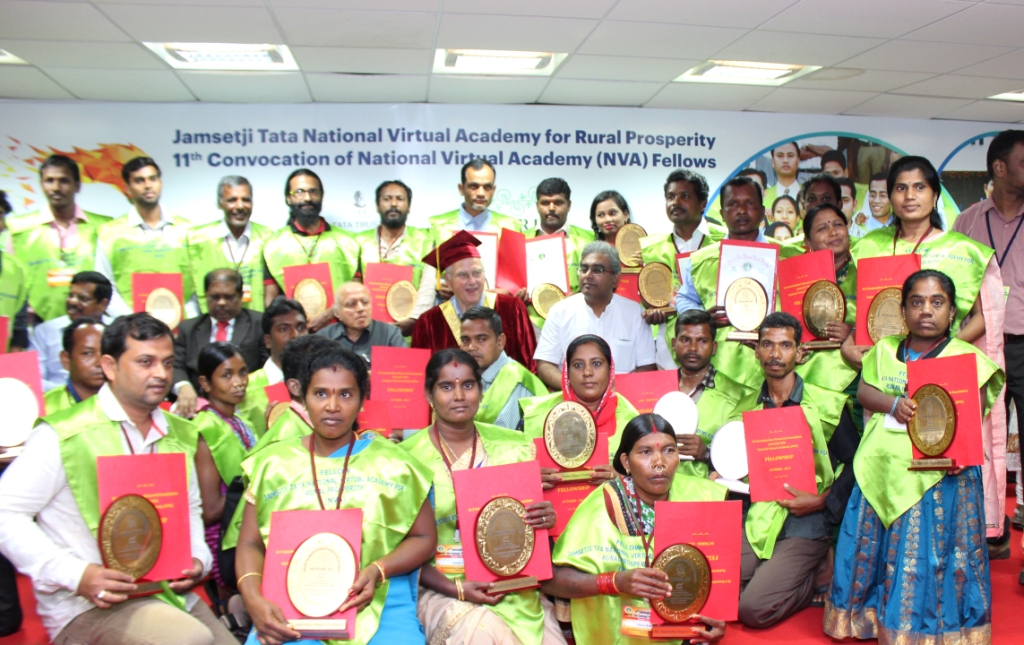 What is the importance of science and technology to make an impact to rural areas, noted scientist, Bruce Alberts, Former President National Academy of Science, United States, while delivering a key note address at the convocation of the Jamsetji TATA National Virtual Academy programme of MSSRF.  He emphasized that there should be two-way communication between change makers like these Fellows at the village level and scientists.

Rinki Devi from Ranchi was recognized as a ‘fellow’ of the Jamsetji TATA National Virtual Academy programme of MSSRF. A coordinator for 12 villages in a forest area with wild animals and little networking, she will travel on foot to nearby villages promoting organic products and farming.

Like Rinki Devi, 74 fellows, from nine states across India were awarded their fellowship as part of the 11thconvocation programme.  Each of them had been selected through a screening process to recognize and award them for their contribution to their community. Basheer from Kerala for instance has been working on snakes – for antidotes and to create awareness among people on how only four types are poisonous. Malliga, from Pudukkottai district of Tamil Nadu has been relentlessly campaigning and creating a change on sanitation practices in her and nearby villages. There were many such heartwarming stories.

Prof Swaminathan, founder of MSSRF, spoke of the many individuals who have contributed towards creation of the NVA, especially the Tata Trusts.  He said the strength of rural India lies in its traditional knowledge as well as access to information technology and science. He said the ambitious target was of two fellows per every village of India – a total of 1.1 million and we need to work towards at least two change agents per block – a more reachable target of 10,000. The NVA could transform rural India, with a beehive of activities, he said asking them to continue their good work.

Speaking on the occasion, S N A Jinnah, Chief General Manager NABARD, Regional Office Chennai praised the initiative and said the current Fellows should work towards creating real impact on the ground. He offered the NABARD’s support for the fellows by linking banks to loans for entrepreneurship, government subsidies or for thematic development work.

B Shadrach, Asia Coordinator, Alliance for Affordable Internet program, Delhi, said digital connectivity would hold the key to development and an estimated 4 billion devices would be available to propel development in all areas, including villages. Given the recent state of Hunger Index where India was placed near the bottom of the table, each NVA Fellow should work to eradicate malnutrition.

V Selvam, Executive Director MSSRF shared the importance of this initiative, while Ms Nancy Anabel, Director IEC, MSSRF spoke of the selection process for inducted fellows. The alumnus and current fellows spoke on the occasion about what this meant to them.