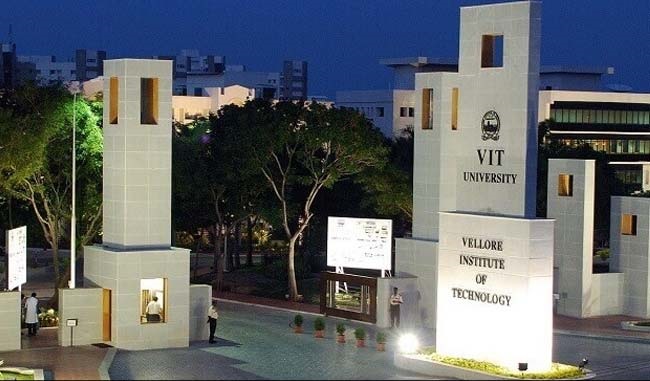 The World Summit on ‘Advances in Science, Engineering and Technology’ organised by Vellore Institute of Technology, got underway at Murray Edwards College, University of Cambridge in the United Kingdom recently.

The 3-day event was inaugurated by the Lord Mayor of Bradford, UK, Councillor Abid Hussain 2018. About 200 delegates from 26 countries are attending the summit. Renowned academicians and experts from the industry from all over the world are meeting together at Cambridge to discuss the Summit theme, ‘Moving Towards trans-disciplinary research.’ Experts from VIT and other institutes of India are also attending the Summit with the objective to create opportunities for Indian researchers to collaborate with universities abroad, especially universities in the United Kingdom. 19 keynote speakers including 7 from University of Cambridge and other top Universities of the World are sharing their expertise in the Summit.

Mr. Abid Hussain pointed out that Indian institutes like VIT can play a significant role to improve Indo-UK research partnerships. He also appreciated the growth of VIT in India and abroad in a very short span of time and expressed his appreciation about recent research progress at VIT and proposing a collaboration between VIT and the University of Bradford, UK. 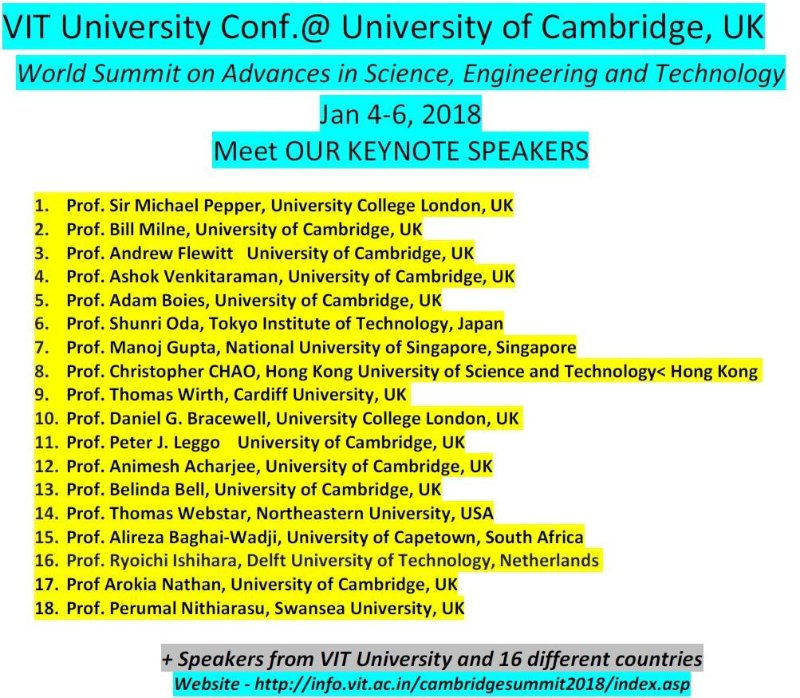 The Guest of Honour, Mr Shankar Narayanan, Vice President, Tata Technology Services and Head, UK and Ireland shared about the importance of collaboration between industry and academic experts. He also stressed on the need and expectations of IT Industries globally and how students and professors can play a role. Mr Suresh Vethavandu, Vice President and Global Head, Talent Acquisition, Cognizant Talent Solutions gave special emphasis on research outcomes in frontier areas which could solve future problems. He also spoke in length about emerging areas in science and technology where industries are looking at.

Speaking on the occasion, Founder and Chancellor of VIT, Dr. G.Viswanathan, said the economy of India was growing and competing with other advanced countries. He also spoke about role of Science, Engineering and Technology in improving the economy of a country and role of students and academicians in this endeavour.