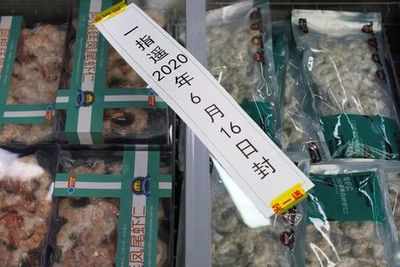 As we all are aware that the whole world has got hit by the Deadly coronavirus, due to which each and everyone is taking maximum precautions as they can to a certain extent.

But people are very much trusted on the items which they are purchasing from the market. This is a huge mistake which has been done by all of us recently.

China has claimed that it found coronavirus in the packaging of Shrimp which was imported by them from the Ecuadorian companies resulting in China having temporarily banned food imports from those Ecuadorian food companies.

This has also followed fresh scrutiny on all the refrigerated goods after a recent disease outbreak in Beijing.

Samples taken from the packaging of white leg shrimp at the port cities of Dalian and Xiamen tested positive for the virus, Acknowledged by the General Administration of Custom Official Mr. Bi Kexin.

Tests on samples from inside the packaging and the stream itself returned negative; it has also been assumed that a coronavirus suspected person came in contact with the packaging.

The customs authority was also ordered for temporarily blocking all the imports from those three Ecuadorian companies whose products had tested positive. 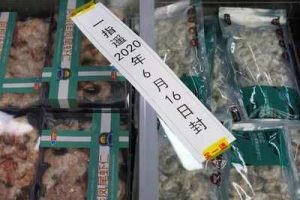 The emergence of coronavirus plaster in Beijing last month has strictly scrutinized imported food after the virus was found on a cutting board used to prepare imported Salmon at the sprawling Xinfadi wholesale market.

Through the recent report, it has also been said that China has banned imports from the number of overseas food producers that have reported virus outbreaks, including top US poultry exporter Tyson food and German meat company Tonnes.

Chinese customs authorities have tested more than 2,20,000 samples from food products, packaging, and the environment surrounding them since the discovery of the Xinfadi cluster.

No other products showed traces of the virus, the BI said,  that the detection of virus traces on the shrimp did not conclusively mean that the products were contagious.

As ensured by the World Health Organisation (WHO) that no commodity or good should be purchased or accepted unless and until it gets sanitized which will help in the accidental increase in the coronavirus cases In the world.

So it’s better that we should ensure safety and should adapt the best preventive measures for avoiding coronavirus cases.