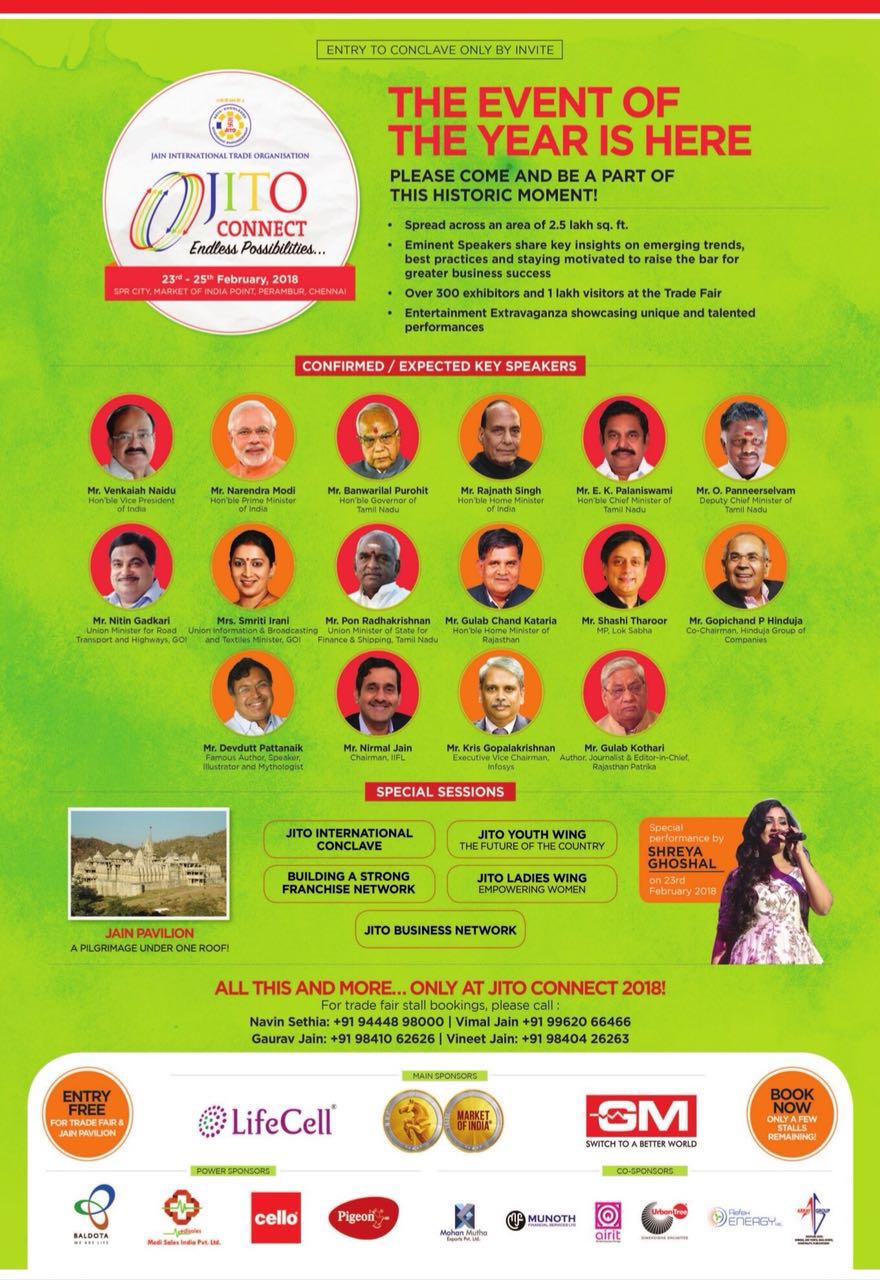 25 foreign countries 152 representatives, over 6000 already registered for the conclave

Jito (Jain International Trade Organisation), Chennai will organize JITO Connect at SPR city Binni Mill near Perambur from 23rd February.Themed ‘Endless Possibilities’, the sessions during the conclave will focus on success in business industries.Businessmen from 25 countries, professionals and traders will take part in the eighth edition of the conclave which will go on till 25th February.

Member of registration committee, JITO, Vivek Golecha said that more than six thousand people have registered and 152 among those are foreign representatives. Owing to the overwhelming response from people from around, registration for the conclave has been extended. The organizers have used the latest technology for its entry points, registration and other activities for the conclave.

The valedictory function will be presided by the Union State Minister Ponn Radhakrishnan and home minister of Rajasthan GulabchandKataria. Subject experts from various countries will share their expertise and thoughts during the three-day conclave.Also present will be senior bureaucrats, entrepreneurs, politicians, industrialists, celebrities and government officials.

The conclave has been conceptualized as a platform to exchange ideas, knowledge and expertise and help new traders to enhance their businesses. A total of 246 B2B and B2C stalls are expected to be showcased during the conclave and the stalls will be accommodated in the Jain pavilion spread across 20,000  Sq feet. The trade fair during the conclave will be convened by Ravikant Chaudhry and Akshya Seth. Other participants in the conclave will comprise of people from Real Estate, Textile, Material, Uniform, Export, Metal, Furniture, Automobile,Agriculture machinery and start – ups.