Reviving the old gets popularity for S Rly 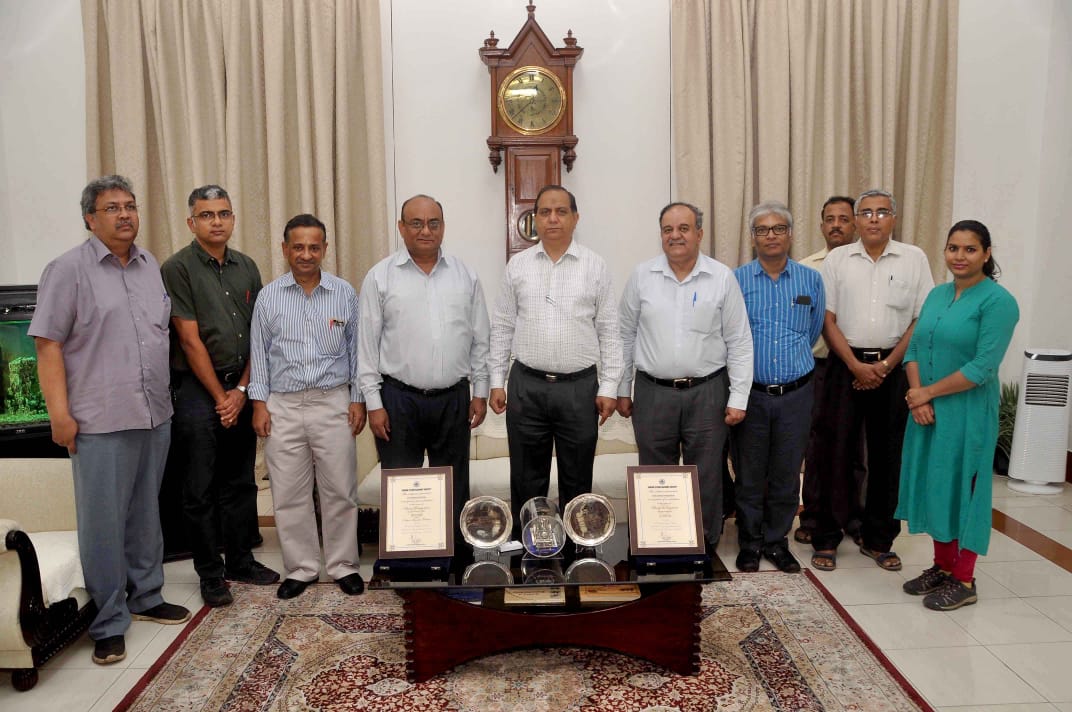 Old is always gold and that is perhaps why any work done on preserving the heritage gives us rewards. This turned true for Southern Railway on 17 November when it won seven awards for doing commendable work in reviving two heritage locomotives.
The 16th National Congress of Indian Steam Railway Society (ISRS) on 17 November turned the venue where Southern Railway’s work won the awards.
The shields were presented by Mahesh Sharma, Union Minister of Culture and Rajen Gohain, Union Minister of State for Railways and were received by A.K.Kathpal, Principal Chief Mechanical Engineer, Southern Railway.
Kathpal and the team of officials from mechanical department of Southern Railway met R.K.Kulshrestha, General Manager, Southern Railway and handed over the award shields.
General Manager appreciated their efforts in recreating the nostalgia of steam loco runs which is being well received by tourists and steam loco aficionados all over the country.
EIR-21, the 163 year old steam locomotive refurbished by Perumbur Loco Works, Chennai has been enthralling scores of heritage enthusiasts and Steam Loco aficionados through the heritage special runs organised by Southern Railway from time to time.
While Chennai, Tiruchchirappalli and Madurai Divisions have already conducted heritage special commercial runs, similar runs are proposed to be conducted by Salem, Thiruvananthapuram and Palakkad divisions shortly.
With the concerted efforts of Southern Railway administration and chairman of Railway Board, EIR-21 has been recommended for inclusion in the Guiness Book of World Records.
The century old ‘X’ Class Metre gauge coal-fired Locomotive X-37392 has won laurels for its heritage special run in Nilgiri Mountain Railway.  The loco was overhauled and revived by the Mechanical Wing of Southern Railway under the special instructions of Chairman of Railway Board.