The mindless debate over metro railways 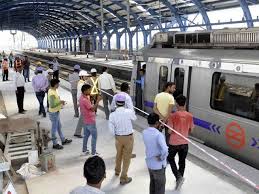 What is at stake is a discussion on what it would take to make the public transport system of our cities truly the one that moves people, not vehicles. But who is talking? Who is listening?

To say that public discourse at its lowest ebb isn’t saying anything new. All we hear is noise and insult, and it’s getting worse with everyone deciding that the gloves of human decency are off. But what we don’t talk about enough is how this is affecting the public policy. 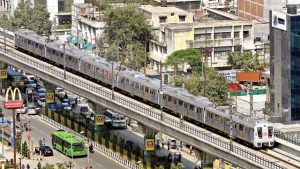 Couple of months ago, the Union government, specifically the Ministry of Housing and Urban Affairs, agreed to increase the fares of the Delhi Metro-the 296 km rail-based public transport system which, today is crucial for commuters throughout the city. The fare increase came after many years and was justified by the Delhi Metro Rail Corporation-the public sector undertaking that builds and runs the system-to make sure that the agency remained in the black. But this fare increase led to an ugly war of words. The Delhi chief minister—whose government is part owner of the metro system-swung into action, accusing the Central government of destroying public transport. The Union minister defended the fare increase. Politics took over the media space. The end result was that the battle lines were drawn. The Delhi government decided that the Centre was now anti-metro; it is still sitting on files for clearing the next phase of the project.

Centre for Science and Environment (CSE) decided to understand the costs of urban commute and public transport. Why? Because it’s clear that without a massively augmented public transport system, people cannot get the mobility transition that will take them off their private vehicles and without this they cannot get clean air or liveable cities. 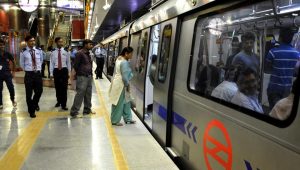 First, that public transport systems-bus or metro-require viability gap funding (subsidy) to ensure that these systems remain within the reach of people. In case of the Jaipur metro, the difference between revenue from fare collection and expenditure is Rs 50 per km; in Lucknow, it is Rs 78 per km and in Kochi, it is Rs 28 per km. The same is the case with buses. The question, therefore is, “What is the government’s policy to pay for this difference, and how sustainable is it?” The fact is we do not have a policy, let alone, even a discussion on this matter.

Second, when it comes to Delhi metro, data shows that it is one of the world’s most unaffordable systems. In Delhi, a commuter spends 14 per cent of his/her daily income on an average to travel by the metro; in Hong Kong it is 2.92 per cent; in Beijing it is 5.3 per cent; even London is a little better at 13.4 per cent. This is also because there is a difference between trip and travel costs—what it would cost us to go from one point to another, and this includes the interchanges, the cost of taking an auto-rickshaw, taxi or other such modes. It is also a fact that without adequate pedestrian infrastructure, these costs go up. If we can’t walk the 2 km distance to take the metro or to our destination, our journey cost is high, and it becomes cheaper to take a private vehicle, a two-wheeler or even a car. 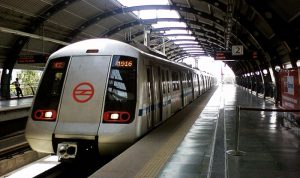 Third, the fare hike, which led to the ugliness, was because the metro needed to increase its revenues to meet the projected higher costs due to repayment of loans and other fixed costs. Should these essential public services be expected to meet costs through fare revenues, or should there be increased subsidy or other revenue sources for them? What would allow for these systems to be scaled up, be affordable, convenient and well-run?

But this was too much for public discourse to digest. The Delhi chief minister read the only line that confirmed his position on the fare hike. He used it to attack the metro, once again. The Union minister has responded. But the fact is there is much more to this. What is at stake is a discussion on what it would take to make the public transport system of our cities truly the one that moves people, not vehicles.