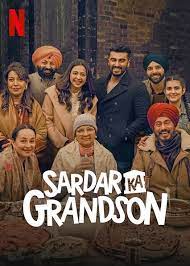 Seventy-Three years ago, a fringe had build up between the country. That fringe was not just a line between the road, but as a matter of fact, it shattered all the emotions of the people. It leads up to the blood relation and forces them to fall apart in their lives. Though lots of people who lost their loved ones their homes etc. Their melancholy nobody can delineate in words. 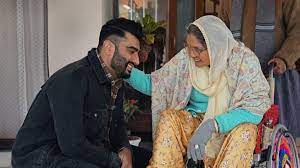 The story of the film emphasis the bond between the Sardar [ Neena Gupta] and her grandson Amreek [Arjun kapoor]. Sardar is a 90-year-old lady who was diagnosed with a Tumor and eagerly wants to see her old house which she had made with her beloved husband in Lahore Pakistan.
But because of the massive partition and riots, she had lost her husband and had to lose her house. This grief she holds within her for 70 years.

Amreek promises his grandmother [Sardar] and assures her that she’ll surely be going to see her “Dream House”. But because her intriguing mood swings became the barrier for her to go to Lahore. Despite all the problems, Amreek has decided to take her Sardar house in Amritsar anyhow. He had the ideas and plans which he all need to accomplish. There is also a dialogue which states his belief too strong i.e. “Ab Homecoming Nahi Home is Coming”. This commitment leads the Amreek to Lahore Pakistan. 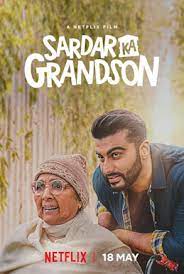 In the second half, Amreek faced a lot of systole and diastole, twists and turns, where he saw his Sardar house is about to demolish. He tries to stop them and even became successful with the help of a teen boy who is a chai seller. The comedy chemistry between the both makes your cheeks giggle. In the meantime, Amreek wants approval for digging the house and take it to India back where he meets the villain character of the movie Salqlain Niazi [Kumud Mishra] troubles him sometimes and became the barrier of his mission. But Radha [Rakul Preet] has arrived with her team and saved the house from being demolished. Eventually, the couple takes home successfully in India. On the other hand, where Sardar was in the ventilator fighting in her initial days from disease. However, Home news takes her from death, and her 70-year-old wish is fulfilled. 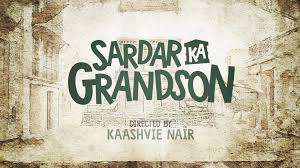 Kaashvie [Director] has designed the plot of the movie very well, but when it comes to the execution it seems she failed herself many times. The story depicts the emotions of partition and how the grandson wanted to implement her grandmother’s wish. The storyline may seem weak at many points where it could be better. The direction of the movie is insipid and also affects ‘Real Touch’. Arjun Kapoor’s acting skills failed again when it comes to the emotional scenes but his comedy timing justifies the plot in a good way. He quite seems nervous to speak in Punjabi clearly which also can be the minor point of his character. Neena Gupta worked well as in typical Punjabi grandmother. Her funny pick-up lines make you laugh while watching the movie. Rakul Preet who played the role of Radha has not had a big role in the movie. Her character may seem like just to support Arjun’s character as in lady luck. Overall she did quite well in her role. The important cameos have done by Aditi Rao Hydari and John Abraham. They both justify their roles admirably. Aditi left her glimpse with a pure and fresh divine. On the other hand, John did his part great too. Soni Razdan’s role as in supportive character has done pretty well despite her speaking in Punjabi which seems not so well. Like always Kumud Mishra has done his villain role flawlessly. Other support actors like Priya Tondon, Kanwalijit Singh seemed to be average.

The story has tried to show the relation between the two countries with an epic bond but it completely fails the emotional part and quite may feel you boring at some points. The comedy lineup did reflect in some scenes in the movie but it overall looks dramatic and filmy like in Bollywood style. But the Bollywood style couldn’t justice the main plot of the theme as well