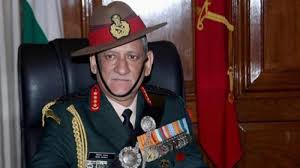 INN/Chennai, @infodeaofficial
It is only a few days ago the whole nation came together to salute the armed forces personnel on January 15 when Indian Army Day was celebrated. While everyone of us took a pride in saluting our army personnel for their services, the moment was apt to remember Field Marshal K M Cariappa.
Infodea travelled down the memory lane to trace the legacy of this great army man who was needless to say a model to emulate for the future generations. His contributions got a big pat when statue of the legendary military man was unveiled on Officers Training Academy (OTA) premises on 23 June last year.
The day he took over as the chief of Indian Army on 15 January 1949 is celebrated as Indian Army Day. His greatest contribution to the army is said to be upkeep of non-political nature of it. His several measures helped retain that. One of his popular move was to refuse induction of Indian National Army Personnel into the Army. 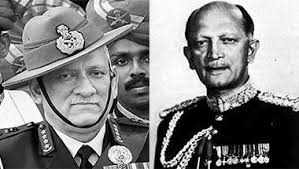 Needless to say this kept the organisation out of political issues and maintained its autonomy. Cariappa also is said to have turned down the proposal to reserve vacancies in the army for scheduled castes and scheduled tribes as it was done in other government services.
It is said Cariappa was instrumental in forming Territorial Army in 1949. He also gave good support to National Cadet Corps (NCC) during its intial phase. These two measures by the military legend did not go in vain. These two establishments proved to be very useful when India entered into a wars later on. 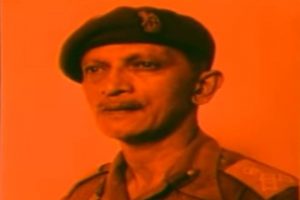 Though, he was known to have said no to allowing INA personnel into regular army, Cariappa was widely acknowledged for his fine treatment towards INA prisoners. Cariappa wrote to Adjutant General suggesting for improving the condition of the prisoners.
What earned this famed army man an ever rememberable impression was the way he handled the local tribes in Waziristan. Cariappa was serving as a commander of Bannu Frontier Brigade there in 1945. While the British commanders chose to bring the tribes under control through force, he chose a different path.
He took a friendly approach which worked wonders. The atmosphere in Bannu was peaceful, this has even won the popular soldier a pat from Jawaharlal Nehru. The peaceful atmosphere in Bannu impressed Nehru when he visited it. Cariappa was a soldier to the core for whom nation always stood first. This did not prevent him from doing what was right.
His plans to evict lashkars from Kashmir did not get approval from his immediate superior Sir Roy Butcher. He protested this as it could put the security of Kashmir at stake. He went ahead launching high-risk offensive in the Leh-Ladakh region, India could secure control over the area. 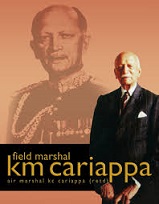 He was a soldier with honour every minute of his life. When General Ayub Khan offered to release his son who was shot down over Pakistan and captured during 1965 war. Cariappa is said to have scoffed the idea. Give him treatment just like any other prisoner of war, he is a child of India, fighting for this country, release all or none,’ were the words of the great army man. No wonder why he continues to inspire many of us even now.
This great army man also has the privilege of being one of the two Indian Army officers to hold the five star rank of Field Marshal. The other officer was Field Marshal Sam Manekshaw who too was a legend no less.