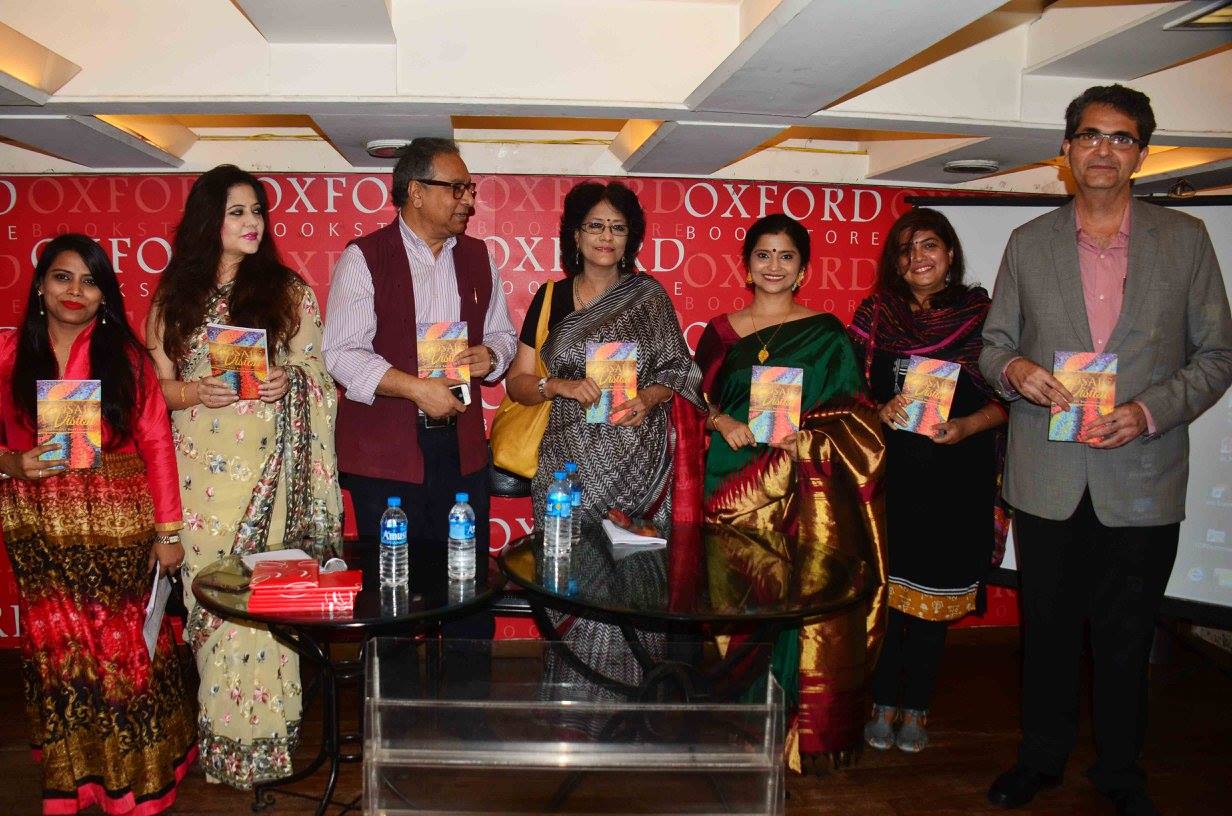 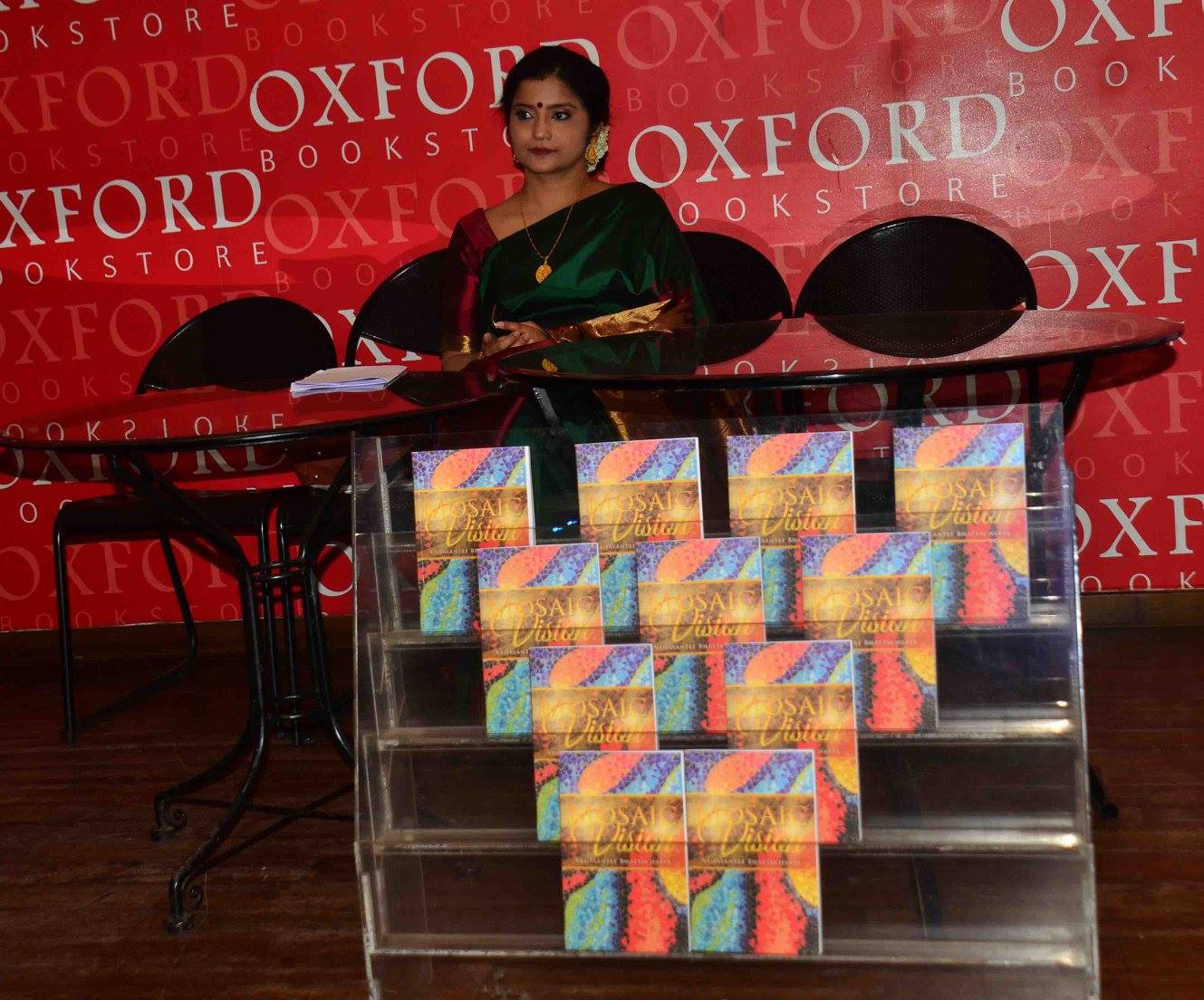 It was June, one long afternoon
When the lashes of the showers cut her
When the boy she loved, came dropping by
some three years long after…….. these words of Vaijayantee Bhattacharya evoke a sense of gratitude from a reader to be able to relate with the poem and connect with her through the art she communicates with.

Born in Kolkata and stayed in Bahrain for many years, Vaijayantee shares her varied experiences and emotional evolution of a perceptive woman after sailing across continents facing varied tides of life.Unveiling ‘Mosiac Vision’, she shares the assortment of her poetry based on her journey from a 24 years old young woman to a well-established journalist, writer and a mother.

Launched at Oxford Bookstore, Park Street in Kolkata recently, the book is an anthology of some of Vaijayantee’s poems written over a span of 14 years that reflect the thoughts, realizations and philosophy of a woman who traveled different countries and experienced cultures. Though the book is from a woman’s perspective, she claims that she is not a feminist, rather humanist.

The poems in Mosiac Vision varies in subjects, themes and tones, form a beautiful mosaic pattern that helps the reader get a wholesome understanding of a modern woman, delighted and distraught by the travails of the times. Mosaic Vision is a conglomerate of different perceptions and reactions to life.
Vaijayantee’s inspiration to write is her mother. Having worked with various publishing and media houses, she released her first self-publish book and working on her first novel. A winner of several positive pre-publication reviews from eminent journalists across India and Bahrain, Vaijayantee’s book has already began to touch and move the deepest chords of human emotions from journalists and academia in both India and Bahrain.

The official unveiling of the book was done by fomer CEO, Prasar Bharati, Jawhar Sircar followed by a screening of a short film on the journey of poet and philosopher Vaijayantee through different cities and countries, embracing life and responding to its different shades through poetry and a panel discussion on, ‘Is poetry a reflection of emotions recollected in tranquility or disturbance? What is its relevance then in today’s morbid world of prosaic reality?’