The most popular viral sensation of last year’s #Babakadhaba owner Kanta Prasad attempts death by suicide after taking overdoes of sleeping pills along with alcohol last night. As per the Delhi Police, he has admitted to the Safdarjung Hospital in Delhi at 11.15 PM on 17th June. Hospital authorities informed Delhi Police that the intake of alcohol and sleeping pills mentioned as the cause of unconsciousness. 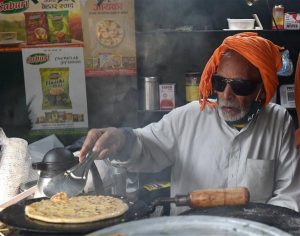 In the difficult time of Pandemic last year, the 81 years old Kanta Prasad’s #Babakadhaba had become widespread on the internet after the oppressed and emotional video posted of him and his wife by Youtuber and Vlogger Gaurav Vasan to accentuate which brought out the couple in spotlight. This viral video had reached millions of people overnight, and lots of people showed support towards the old couple by eating food from their Dhaba. The Vlogger also raised online funds for the couple, and thousands of people donated the money. 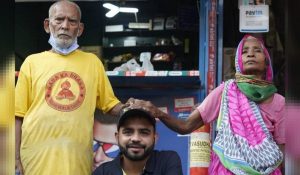 Later on, this incident took a turn towards the sensational controversy all over the country too. Kanta Prasad had claimed on Gaurav Vasan [Youtuber, Vlogger] that he became greedy and deceived them for not giving all money from funds.

After that, Kanta Prasad opened a new small restaurant from the fund’s money.

Later on, almost six months after the controversy, Baba shut off the restaurant because of the massive failure. And go back to his former place of the Dhaba at South Delhi. He even apologized to the Vlogger Gaurav Vasan and said he was not a thief, and he did not cheat him. Furthermore, from the controversy, Baba faced lots of hatred from the people as well.

He is currently undergoing treatment at the hospital. Kanta Prasad’s wife has claimed that he was depressed following the cessation of the Baba Ka Dhaba restaurant in Malviya Nagar. His wife [Badami Devi] said, “I don’t know anything, I don’t know what did he eat. I had not seen. He fell unconscious. I was sitting at the Dhaba. I brought him here. The doctor has not told us anything so far. I don’t know what was going on in his mind.”

The statement of his son Karan Prasad has been recorded in the case. His son also said that his father was taking pills and alcohol. Moreover, the investigation of the case will proceed.