THE COMMEMORATION OF MOTHER TERESA’S BIRTHDAY 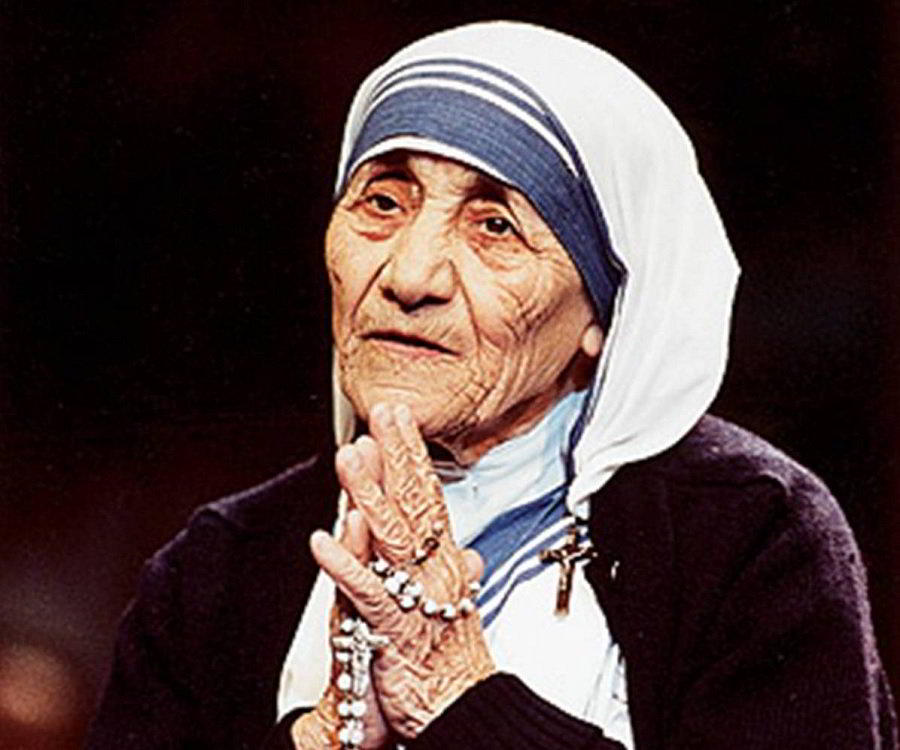 The Department of Social Works had organized an event in honour of the birthday of Mother Teresa. The event was held in the Newton Hall, Hindustan College of Arts and Science campus  last August 24, 2018 at 2:10pm till 3:10pm. Dr. V.J. Philip the Deputy Director of Academics and Mr. Samuel Sampath Kumar the Vice- Principal were the guest of honours. The programme was started by invoking the presence of the Almighty through a song by the student of the Department of Social Works. 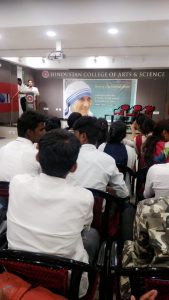 Mrs. R. Sakthi Prabha the Dean and Head of the Department of Social Works welcomed the gathering by quoting the words of Mother Teresa’s saying “by birth I am Albanian, by citizenship I am an Indian.”  This reveals the mother’s love for the motherless unwanted destitute. While Mrs. Jasmine Bernard the Assistant Professor of the Department of Social Works made known to the gatherings, by the biography of Mother Teresa, by enumerating an incident of collecting a homeless woman from a hospital drainage and giving her a human dignity before death.

Mr. Samuel Sampath Vice- Principal addressed in his speech by saying how the Hindustan College of Arts and Science is closely related to Mother Teresa and narrated a burring experience of the Founder of the College with Teresa of Kolkata. And Dr. V.J. Philip the Deputy Director of Academics unveiled and paid homage to the picture of mother Teresa, which reminds us that she is alive in the hearts of the humanity. And he enlightened the gathering to imbibe the spirit of Mother Teresa by extending ourselves in serving the poorest of the poor. 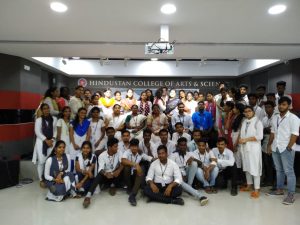 Ms. Priya, the students representative of the Department of Social Works read the life history of Mother Teresa in Tamil. The students enacted an incident of Mother Teresa’s experience of questing for the destitute form a local business man who ridiculed her as well as repented on the spot through her humble action of accepting his ridiculing and with a melted heart he extended his aid for the destitute. After the enactment of the students, there was a video presentation of the Saint’s speech on the occasion of receiving the noble prize where she explained her own experience with a hungry girl, to whom Mother Teresa gave a piece of bread to eat but the girl was afraid to eat the bread because if the bread gets over again she will be starving all over again. It is a reminder to all of us that,  we should help and feed those who are in need and hungry to be a good Samaritan.