Delhi’s air is unsafe for it to breathe and the condition is getting severe with every passing day and a lot needs to be done to meet the 2019 deadline of Comprehensive Clean Air Action Plan (CCACP). In 2015, the Union ministry of environment, forests & climate change (MoEF&CC) announced new emission norms for thermal power plants across India. For power stations located within 300 km of the Delhi-NCR region, the deadline for meeting the norms is December 2019. According to a press release, a new survey by Centre for Science and Environment (CSE) indicates that most plants will not meet the deadline. This means that they will continue polluting the capital’s air. 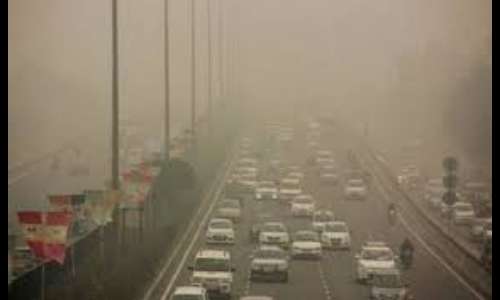 The Delhi-NCR region has over 3,000 legal brick kilns, which have been practicing the FCBTK process of manufacturing bricks. As per directives from the Environment Pollution (Prevention and Control) Authority (EPCA), these kilns have agreed to convert to a cleaner technology which is, the zigzag process.  A new CSE assessment reveals that efficient conversion to zigzag technology isn’t taking place and hence there’s no sign of light in Delhi’s fight against bad air.

Chandra Bhushan, deputy director general, CSE said, “Delhi-NCR’s comprehensive clean air action plan is floundering because of the apathy of the regulatory agencies. Our survey of brick kilns and thermal power plants shows that despite regulations and intervention of the Supreme Court and the EPCA, the implementation on the ground is highly compromised. Thermal power plants will not be able to meet stringent emission norms by 2019, and brick kilns’ conversion to a cleaner zigzag technology will not lead to real reductions in emissions.”

The CSE survey was conducted to analyse the quality of conversion in 63 kilns across 13 districts in Delhi-NCR (see survey report on www.cseindia.org). To ascertain the combustion efficiency of the kilns, CSE also monitored the emissions of seven kilns, six of which have adopted the zigzag technology, while one continued to operate the old FCBTK process. As per the assessment’s findings,about 1,000 kilns have already ‘converted’ to the zigzag technology, and the remaining 1,500 have given an affidavit to the EPCA to convert by October 2018.The conversion to zigzag is leading to real reduction in emissions. If the conversion quality is good, the emissions reduction can be as much as 50-70 per cent. However, only about 20 per cent of the surveyed kilns had done good conversion.About 30 per cent of the kilns had average conversion quality and will be able to reduce emissions by 20-30 per cent, compared to the FCBTK technology.35 percent of the kilns had poor conversion quality and will not see any measurable reduction in emissions.About 15 per cent of the brick kilns were found to be bypassing the law. They had done cosmetic changes and had not converted to the zigzag technology.

The survey result was confirmed by pollution monitoring of 10 per cent of the surveyed kilns.

CSE researchers point out that the inspection done by the state pollution control boards, before certifying that the kilns had converted, has been highly unsatisfactory.Other findings of the survey include the use of hazardous waste such as plastic, rubber and carbon as fuel in the kilns and the absence of any facility to monitor air pollution and 90 per cent of the kilns did not have the ladder and porthole to monitor PM emissions.

“Proper conversion of FCBTK to zigzag can reduce the pollution from brick kilns significantly. But our survey clearly shows that only about 20 per cent have done good conversion. The conversion quality of more than 50 per cent of the kilns is highly unsatisfactory and such conversions will not lead to any real gains in pollution control,” said Nivit Kumar Yadav, senior programme manager, CSE.

CSE’s survey of thermal power stations in Delhi-NCR was aimed at assessing the preparedness of the plants to meet the impending deadline of 2019.The survey findings show little progress to meet the 2019 deadline. In the case of sulphur di oxide (SO2) emissions, 83 per cent of the plants will not be able to comply with the 2019 deadline, unless they are able to fast-track the entire process from feasibility studies to construction and installation work.

Half of the region’s installed capacity may be able to meet the 2019 deadline for nitrogen oxide (NOx) control. The remaining have not reported any plans to achieve compliance.In the case of particulate matter (PM), about 35 per cent of the overall installed capacity will not meet the deadline. In fact, another 50 per cent has been asked to meet the norms immediately but no credible data is available to confirm they are in compliance. Accordingly, 88 per cent of the plants may not be able to comply with PM norms.

PriyavratBhati, programme director, energy unit, CSE said, “As things stand, 80 per cent of the plants will not meet the 2019 deadline. The concerned regulatory authorities must take immediate steps to prevent further slippage on achieving the target. State pollution authorities must ask power plants to furnish, immediately, the current emissions data and milestones with deadlines. Also, a suitable penalty mechanism should be introduced as a deterrent to ensure that plants stay on track to meet the norms”.

“The bottom-line is that Delhi-NCR cannot afford poor implementation of the comprehensive clean air action plan. Winters, the season of severely polluted air quality, are approaching fast. It is time the government agencies on the ground, especially the central and state pollution control boards, ensure that the conversion of brick kilns to zigzag is done appropriately and thermal power plants expedite the setting-up of pollution control systems to meet the 2019 deadline,” Chandra Bhushan added.