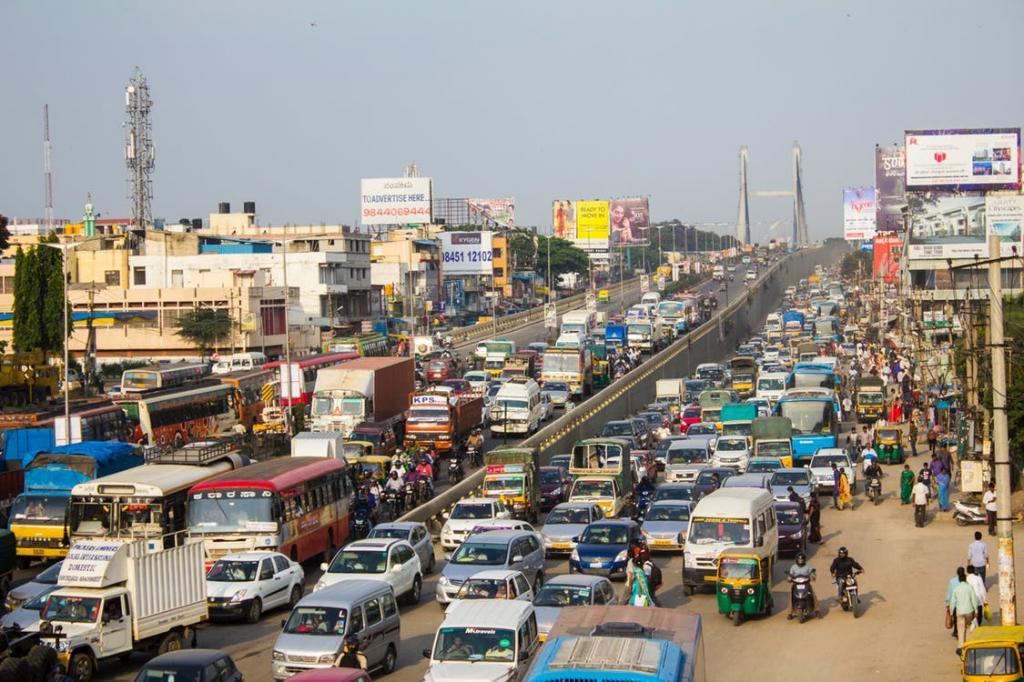 Indian cities are experiencing an explosive motorization phase and it has taken 60 years from 1952 to 2008 for the number of registered vehicles in the country to reach 105 million. But the same number was added in a mere six years between 2009 and 2015. At the same time, the share of public transport in overall transportation modes is expected to decrease from 75.5 per cent in 2000-01, to 44.7 per cent in 2030-31. 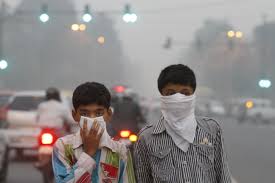 According to an official press release, statistics from 14 cities across India have been analysed by the Centre for Science and Environment (CSE), the New Delhi-based think tank, to check how some cities, which hold sizeable shares of India’s urban population are positioned in the race for clean and low carbon mobility. Which cities pollute and guzzle more than the others from only urban commute, and what is influencing the difference?

The analysis titled The Urban Commute was released in Kolkata recently in a seminar attended by administration officials, transportation, air quality experts, civil society representatives and journalists. The study ranks 14 cities on the basis of emissions of heat-trapping carbon dioxide and toxic pollutants like particulate matter and nitrogen oxides and energy guzzling from urban commuting. 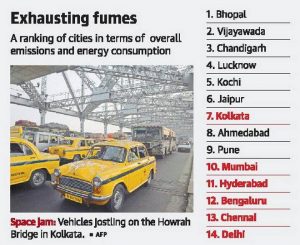 Releasing the analysis, Anumita Roychowdhury, executive director-research and advocacy, CSE, said: “This review has become necessary as greenhouse gas emissions from transport, though the third highest currently among all sectors has recorded the steepest increase. This is also responsible for health-damaging toxic exposure. Growing dependence on personal vehicles for urban commuting can lead to irreversible negative trends and damage. This ranking proves that for clean and low carbon mobility, cities need policies to stop urban sprawl, reduce distances between residence, jobs and recreation through compact urban forms; scale up integrated public transport, encourage walking and cycling and restraint the use of personal vehicles to avert pollution and climate crisis.”

Bhopal tops for lowest overall emissions and energy use from urban commute. Kolkata and Mumbai emit least among six megacities due to high usage of public transport and walking. Kolkata also has short travel distances due to its compact form while Delhi, despite being the third highest for high share of public transport trips, ranks bottom as overall emissions and fuel use are highest due to the sheer number of people, high volume of travel and personal vehicles, and long trip distances. Megacities of Bengaluru, Hyderabad and Chennai score poor due to lower share of public transport compared to Delhi and yet have scored better than Delhi only because of total travel volumes are comparatively lower given their population levels. With growth and without adequate action they can get worse in future. Though metropolitan cities have scored better than megacities due to lower population, lower travel volume and vehicle numbers, they are at risk due to much higher share of personal vehicle trips and high growth rate. Increase in greenhouse gas emissions in transport sector is highest among all other sectors in India and urban traffic adds to very high health damaging toxic emissions. 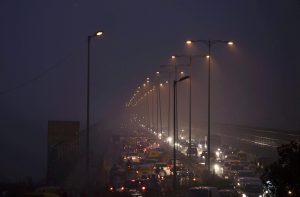