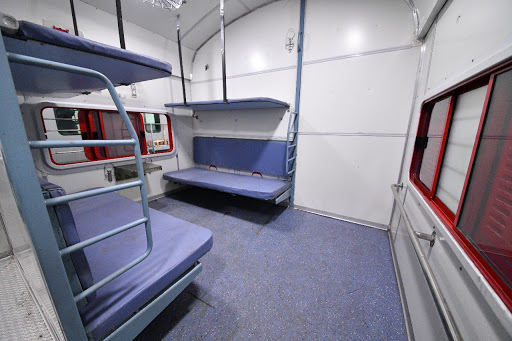 S. Vishnu Sharma, INN/Chennai, @svs037
A new LHB luggage brake and generator cars with passenger seating that also has space for specially abled travellers has been made at the premier railway coach making organisation.
According to sources, ICF took up this project realising the needs of differently abled passengers. The LHB coaches, unlike conventional ICF coaches doesn’t have the underslung batteries for powering the lights, fans and air-conditioning through the self-generation, and as such need diesel powered power cars on both the ends of the LHB Rakes that is technically called the End-on-Generation power cars. 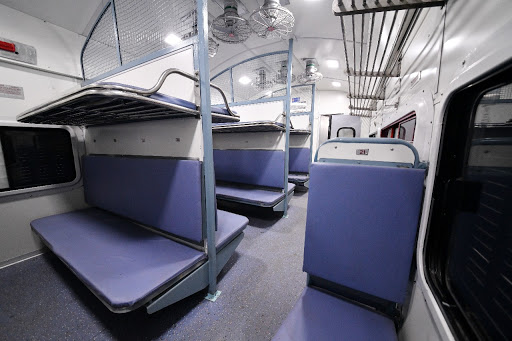 However, since there is a restriction of number of coaches that can be attached to a rake say up to 24 considering the safety aspects, this resulted in reduction of a general unreserved coach (technically termed the Brake-cum-Luggage van) including the one that has portion reserved for specially abled (Divyangjan) passengers.
But now realising the need to do something for the specially abled passengers, ICF took up the work of designing a power car without compromising on the passeger area.
Within a short time span of nine months, a totally new design was developed and manufactured. This design has the diesel-generator set moved under the floor. The underslung creates space for accommodating not only general unreserved passengers (for seating 30 passengers) but also a dedicated space for up to six specially abled travellers.
A specially designed toilet for them has also been built. An automatic retractable footplate has been provided to enable the Divyangjan passengers to easily entrain and detrain with their wheel chairs. This coach has been developed by ICF at an estimated cost of Rs 3.7 crores.
ICF has decided to seek feedback from the rail users and five of these coaches have been planned to be sent to Southern Railway keeping in mind the easy feedback possibilities from the users and quick carrying out modifications. The feedback is being sought with an objective of further improving the coach.