Products made here are for other countries also. 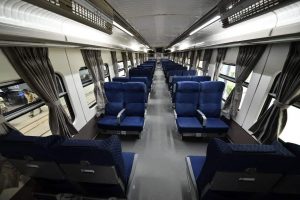 This is not for the first time that Integral Coach Factory (ICF) has made something for railway establishments of various other countries. Earlier, the prestigious organisation that makes coaches for Indian Railways made coaches and coach components for Malaysia, Philippines, Taiwan, Vietnam, Bangladesh.
It has been making for many countries since 1971-72. Now it made Diesel Electrical Multiple Units (DEMU) rakes for Sri Lanka Railways which were handed over to RITES Ltd on November 12.
ICF has bagged an order for export of six rakes of DEMUs consisting of 78 coaches in five variants. ICF and RITES have jointly executed the export order under under India-Sri Lanka economic co-operation agreement. 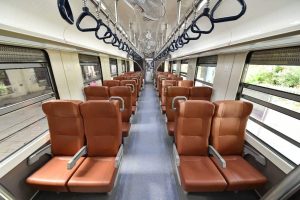 Last  order for export of coaches to Sri Lanka for supply of 120 DEMU coaches (20 DEMU rakes in 6 coach formation) was executed in 2010-12. It is worth recollecting that DEMUs are used for short and medium distance train travel in non-electrified sections.
Share