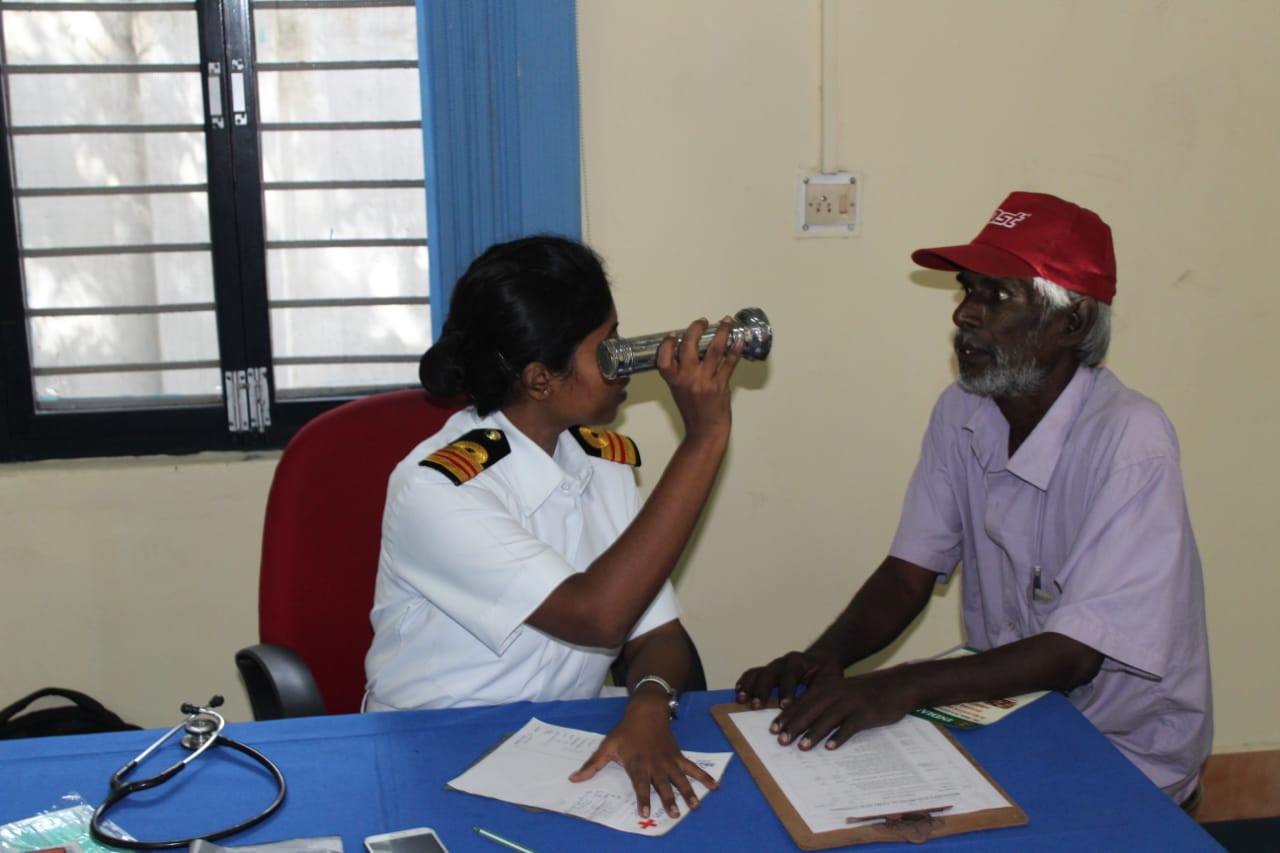 Indian Navy can protect this nation from threats on the marine front and also take care of the health of citizens of this country. This was proved beyond doubt this Navy Day celebrations as lot of people stood beneficiaries from the medical camps conducted at three places in Chennai.
Camps were organised at Avadi, Royapuram and Vellichai on October 27, November 3 and 18. The local populace availed of general medical check-up which included ECG, ENT, blood sugar, vision test and others. They were given medical advice by medical officers of Indian Navy and were provided general medicines.
People requiring physiotherapy were administered the same by para medical staff. Over 500 personnel benefited from the Medical Camps which were organised under the aegis of Flag Officer Commanding Tamilnadu and Puducherry Naval Area.
The medical team comprised of naval doctors including a woman medical officer, 10 para medical staff from Indian Naval ships Aditya, Darshak, Adyar and Kiltan took part in the medical camps. Naval Transmitting Station (Avadi), Naval Coastal Battery (Chennai) and Naval Detachment (Vellachi) coordinated these camps. 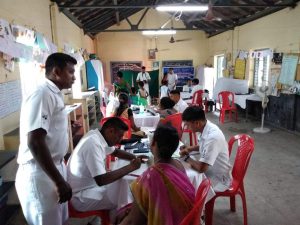