In India today IPL (Indian Premier League) has almost become a trend, from a kid to an adult everyone loves watching IPL. The majority of people are crazy about it but this time due to the coronavirus outbreak the fate of IPL is doubtful.

At the present moment, it was expected to be held at 24th May 2020 but the dominance of this virus is forcing the BCCI to postpone it repeatedly and there is still no assurance to organize IPL 13 this year, on the other hand, England has scheduled to tour in India for the ODI match in September and October and if in case BCCI decides to organize IPL 2020 in September – October than the England tour for India will be in a Jeopardy.

According to the deep news, it was said that this time the IPL 2020 was going to be held at a more expensive budget and also team signed many big and emerging players at huge bids and also new international sponsors joined the league and the total prize money added this time was around $7.5 – $8 million.

This time IPL 2020 also signed televisions right deal which might also play the factor of increase in the prize money.

According to the reports, India’s rival Pakistan has also planned prize worth $2.1 million for the PSL 2020 which is comparatively lower than India, the worried franchisers also tried convincing the committee to held IPL in a 37-day window rather than making it too long i.e 50-day window and not only the problem is because of the pandemic but there are other problems too. 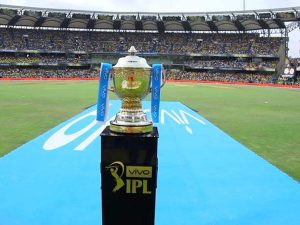 Indian weather will turn unfavorable with intense heat in some parts of the country and monsoons in the others making the game so iffy.

COVID 19, to a certain extent, also affected the Star Network which has to pay a huge sum to the BCCI even if the IPL doesn’t get conducted as it seems that the contract between BCCI and Star an eventuality such as the pandemic.

According to the records it was also stated that Star India bought the consolidated media rights to IPL for Rs 16347.50 crores for five years.

This tournament over the years has witnessed some of the great finishers showing their abilities with the bat. Last season KKR Andrew Russel took the stage by storm hitting everything in his arc hitting out the park.

Delhi capitals Shreyas Iyer along with Rishabh Pant had a great tournament alongside the CSK’S M.S Dhoni.

This forthcoming season will bring some of the greatest finishers showing their abilities with the bat and dominating the fields. The franchises have tried their best to rope in the best finishers during the auctions which held in Kolkata last year in December.

Finishers may not always be the most ferocious hitters of the cricket ball but the ones who ensure that their side crosses the line in every game. This IPL if it gets conducted so it’s going to generate a great footfall of the people investors, public, batters, and many more.