The rise and fall of hockey Indian won a bronze medal in hockey in Tokyo Olympics 2020  after breaking a 41-year medal jinx in 1980, when Western countries boycotted the 1980 Moscow Games during the Cold war. 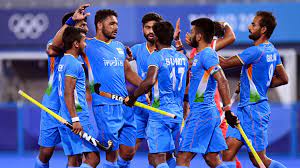 Over the years Indian Hockey team had brilliant players all belonging from different regions and communities. The teams after the independence, consist of players from central provinces, Karnataka, Parsi community, and even anglo-Indians.

What led to the downfall of the sport?

The first downfall Indian hockey faced was the partition of India and Pakistan. Since the team consisted of players from vast provinces, the partition led to the withdrawal of Pakistani players from the team. Then the Parsis eventually went into the business sector and the Anglo-Indians migrated to Australia, Canada, Spain and continued to play and coach hockey there. And the others moved to other sports which promised a better future.

When players left, there seemed to be a thwart in the supply of talented hockey players, and also a lack of exposure to the new and upgraded equipment. In Montreal ‘76, for the first time in Olympics, the organizers laid down an artificial turf, which was said to be easier to maintain than the actual grass. The ball zips around more on turf as compared to grass, rendering skills, which teams like India and Pakistan were known for, less important than speed and fitness. They played with wooden sticks against opposition nations that had moved on to fiberglass and carbon sticks, which are the norm now.

There was also another factor coming into play at the time: Rule changes. Indian hockey, Pakistan’s hockey, and from there the rest of Asian hockey, was always identifiable for the emphasis on individual flair, artistry, dribbling, dodging, and feints. It was the crowd-puller at international matches. A raft of rule changes in world hockey by the International Hockey Federation (FIH) ended up blunting that advantage. The most significant of those was the abolition of offside in 1992, which gave foreign teams that didn’t always have good dribblers new avenues to scoring. It introduced a level of parity in attack, which India again took time to adapt to.

Other problems persisted. There was a North-South divide, the coaching was not structured, the coaches were sacked at regular intervals, and not given enough time to settle down with a team. Fitness was not given much thought. There were also the age-related issues of the Indian hockey team conceding several goals in the last minutes of a match. All these problems haunted the Indian team for years. And there seemed to be no solution at all.

Due to all these setbacks, many players preferred to participate in other sports like badminton, wrestling, cricket. After the failure of Hockey in the Olympics, the crowd leaned towards cricket. Ever wondered why Hockey, despite being the National Sport of the country, doesn’t get as much as Cricket?

Cricket is more commercialized than Hockey. And since the crowd inclined towards cricket, more players became committed to the game. But the increase in popularity of cricket cannot be blamed for the downfall of hockey.

And now India triumphs the bronze medal in the Indian Men Hockey after almost 41 years. It was definitely a long and slow process for the team to reach this level. It required years of hard work, immense dedication, and strong willpower. But this isn’t the raise of Hockey, it is only the start of it.