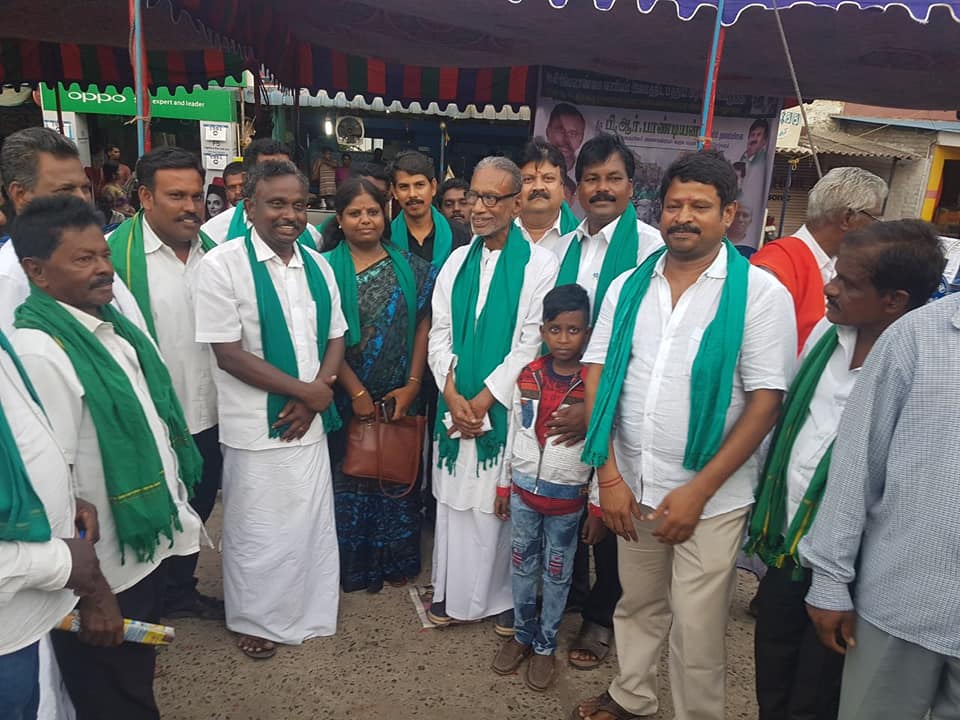 Condemning the central government’s action with regard to delay in constituting a committee of Cavery Management board, Tamil Nadu’s farmers conducted a bike rally from Vedharanyam recently. In the leadership of All Farmers federation head P. R. Pandian, the rally was conducted covering Salem, Dharmapuri, Krishngiri, Ambur and Vellore.
More than 100 two – wheelers started from Vedharanyam to Tiruvarur via Chennai as part of the 5-day rally where over 300 people participated. 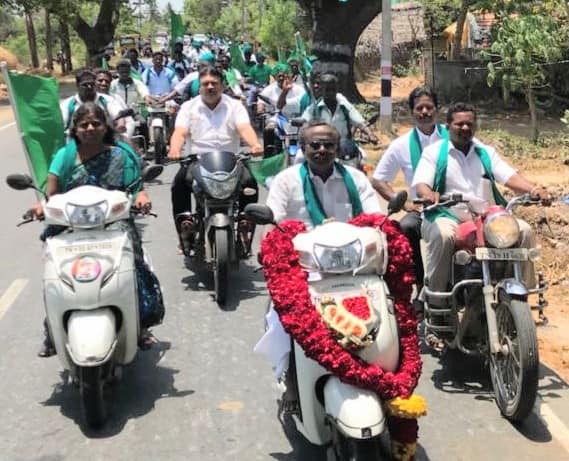 Speaking to Infodea, farmer leader Pandian said, “I don’t think that in the leadership of PM Narendra Modi our centre is so incompetent or inefficient to constitute a board. No, it can’t be like that and specially when it comes to Narendra Modi, I don’t expect so. Delay in constituting the committee shows that central government seems to be more interested in Karnataka assembly election”. He said that to please Karnataka and get benefit of it in assembly election, the central government is doing injustice to Tamil Nadu.

Pandian further said that in his meetings and rally, PM always speaks about betterment of women, farmer, improvement in basic infrastructure but these are just talks. “He promised us that he will end up Cavery issue permanently then what’s holding him back? The PM has his political commitments and he is doing his job and we are doing our job by pointing on his mistakes.

Speaking with Infodea, another representative Ashok G. Lodha said that the participants were denied entry in Chennai on the fourth day of the rally. The rally participants were denied permission purposely and the rally was redirected through Thiruporur towards Marakkanam from Kanchipuram. The protesters started from Waljah road to join the rally and as per the instruction given by city police commissioner covering Kanchipuram, Chengalpet, Tiruporur, Mahabalipuram, Marakanam and rally moved towards Thiruvarur to its destination.