Fleet strength gets a boost 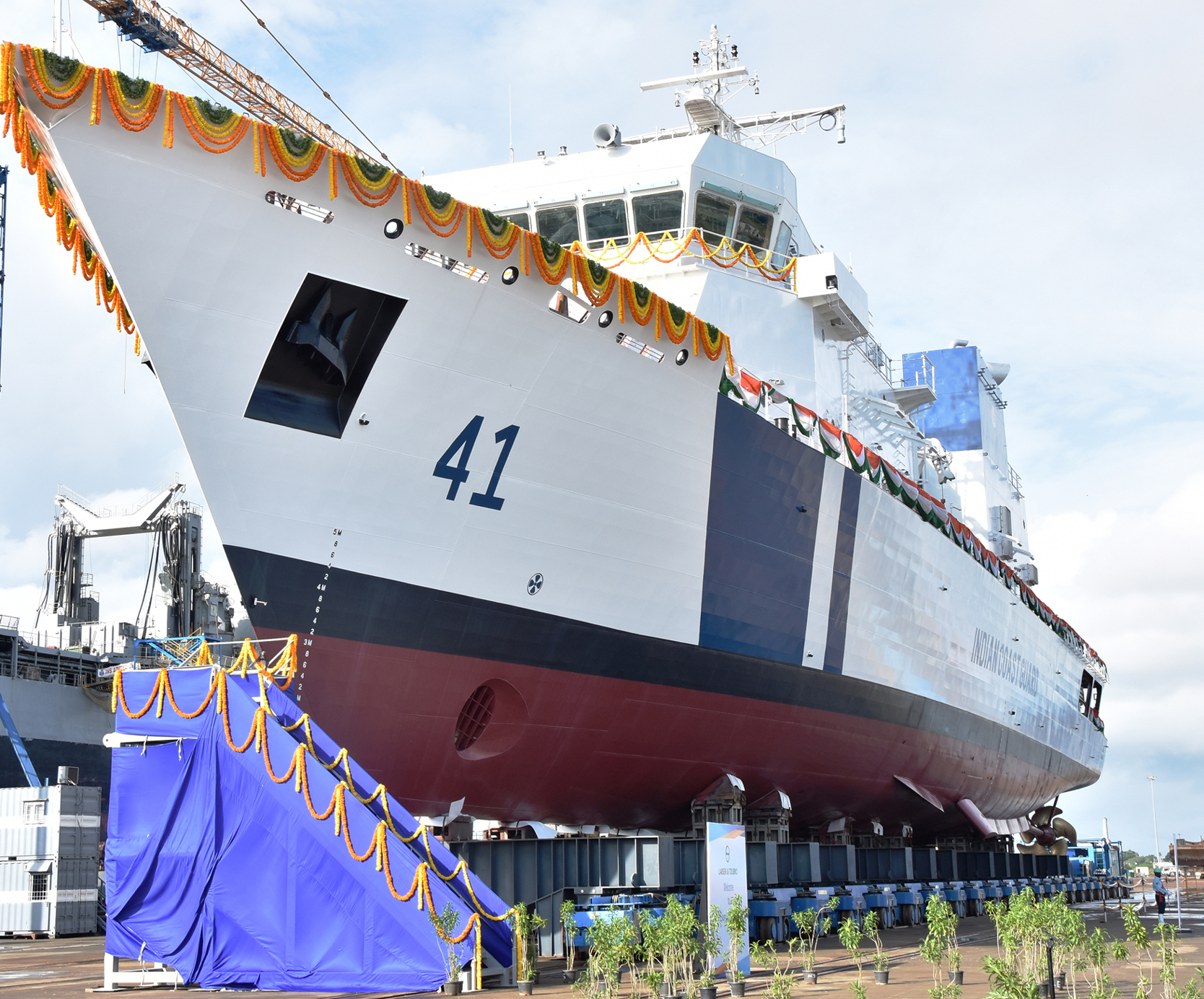 This 98 m OPV has been built indigenously by Larsen and Tourbo as part of the Indian Coast Guard shipbuilding contract for construction of seven OPVs awarded to it on 30 March 2015 by Ministry of Defence.

This is definitely a happening time on the defence front in the southern part of India. Needless to say, November 2 turned to be a red letter day in the history of Indian Coast Guard when its Offshore Patrol Vessel (OPV) ICGS Varaha (Yard 45004) was launched at L and T Shipyard at Kattupalli near Chennai.
Sources from Defence Ministry said OPV was launched by Chitra Chafekar wife of IG V D Chafekar, commander, Coast Guard, western region. 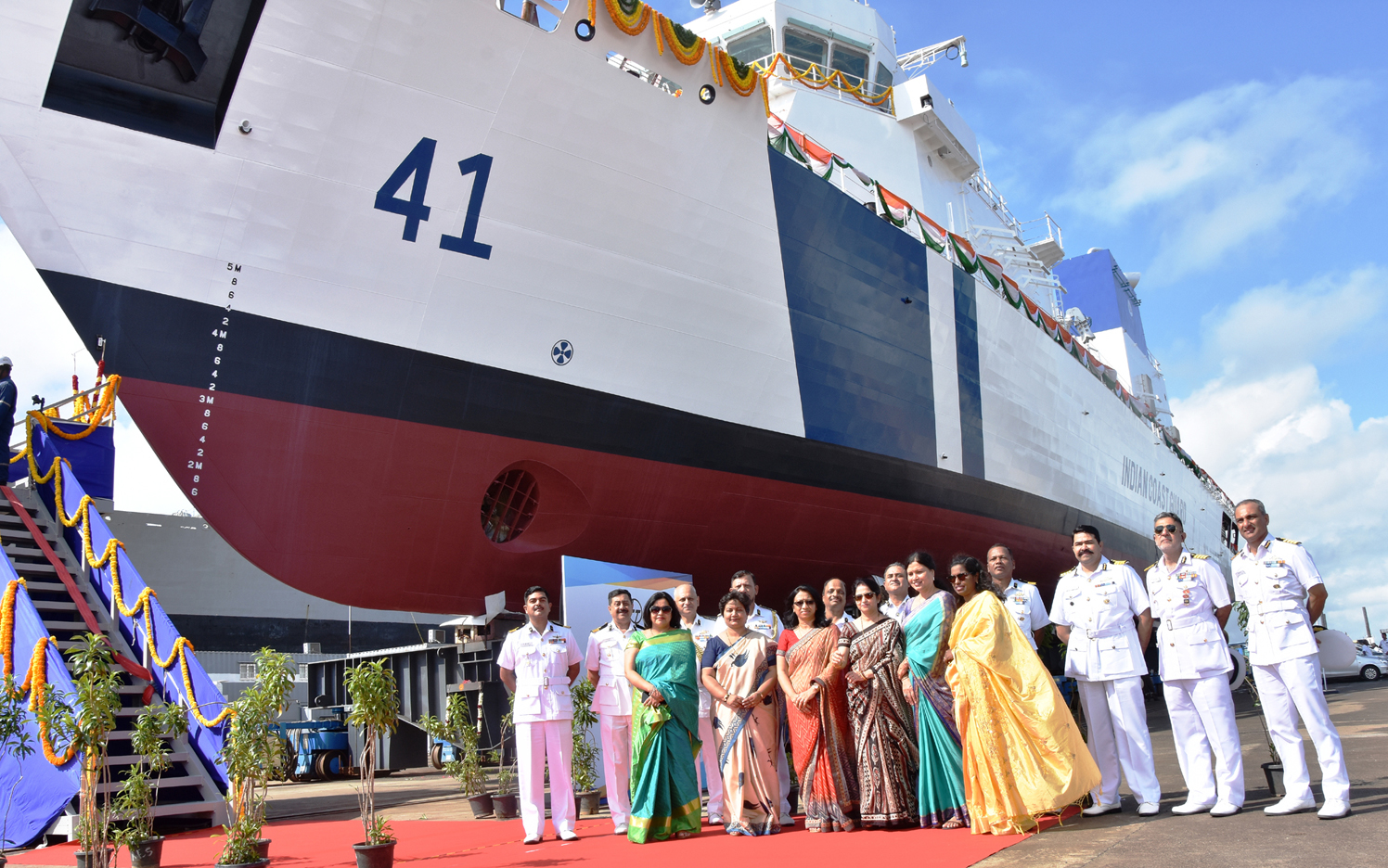 This 98 m OPV has been built indigenously by Larsen and Tourbo as part of the Indian Coast Guard shipbuilding contract for construction of seven OPVs awarded to it on 30 March 2015 by Ministry of Defence.
The first and second ships have already been delivered to the Coast Guard and are presently based in western coast and eastern coast of India and the third OPV will be delivered in early 2019. The shipyard will deliver all the seven ships by March 2021. This ship will be fitted with advanced technology navigation and communication equipment, sensor and machinery.
The weapon fit will include one 30 mm and two 12.7 mm guns with fire control system. The ship will also be equipped with an Integrated Bridge System (IBS), Integrated Platform Management System (IPMS), Automated Power Management System (APMS) and High Power External Fire Fighting (EFF) system.
Yard 45004 will carry one twin engine helicopter and four high speed boats including two inflatable boats for boarding operation, Search and Rescue, Law Enforcement and Maritime Patrol.
It will also be capable of carrying pollution response equipment to contain oil spill at sea.  The ship has been designed to attain a maximum speed to 26 knots and has an endurance of 5000 nautical miles. ICG is on the path of rapid expansion, which requires large number of state-of-the-art ships and aircraft to strengthen the maritime security mechanism in emerging security scenario.
The assets requirement is being met by adding new ships and replenishment of ageing fleet in phased manner.  Induction of these Vessels would provide a needful impetus to the deterrence role of ICG in security of maritime interests of our country.
Presently, Indian Coast Guard has a fleet of 139 ships and 62 aircraft. Further, 56 ships are at various stages of construction at different Indian shipyards.