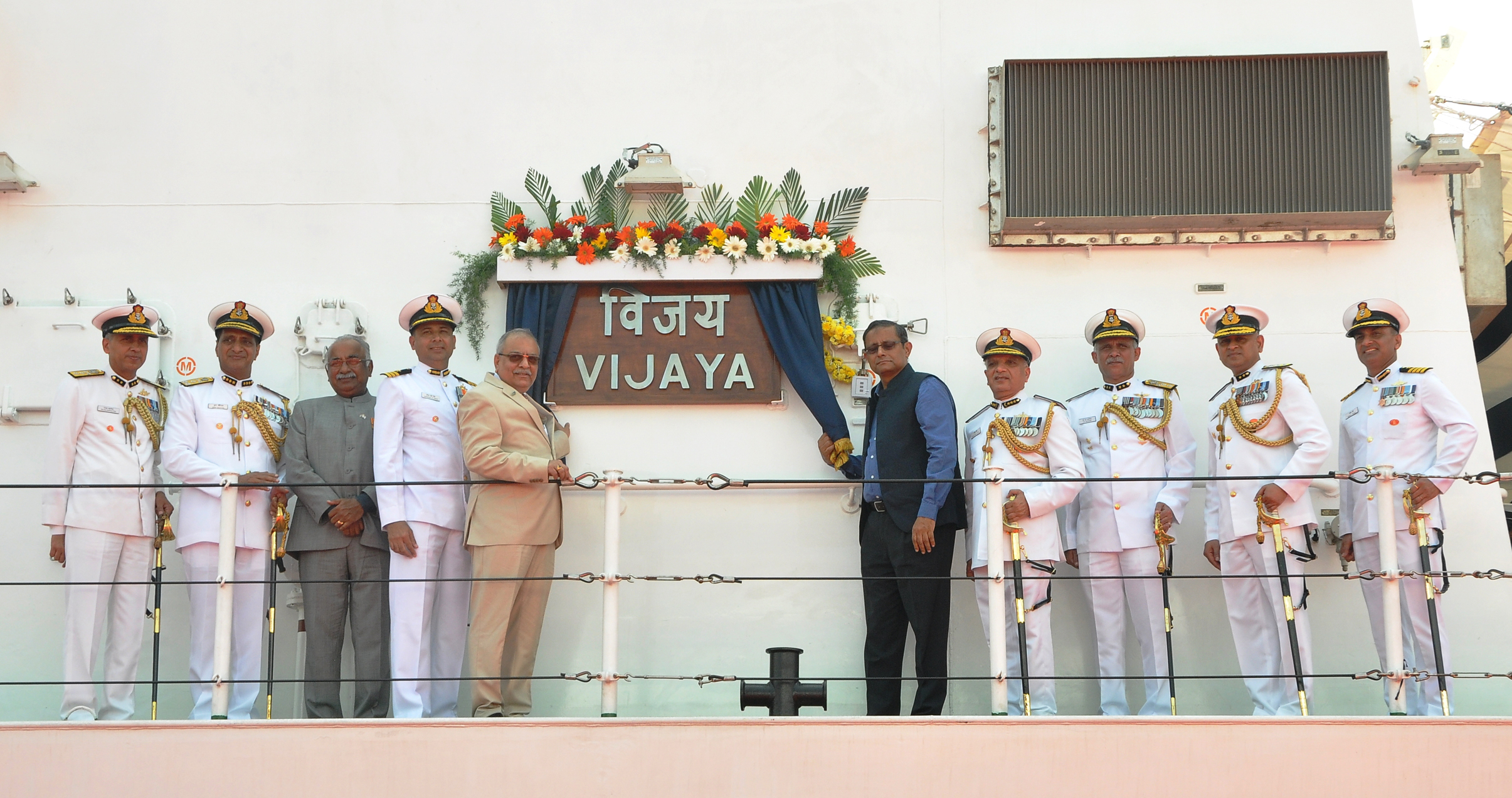 Ship to be based at Paradip

Chennai Port turned centre of attraction today as eminent personalities assembled on the same platform to commission Indian Coast Guard Ship Vijaya. Secretary to Ministry of Defence Sanjay Mitra commssioned the ship in the presence of Director General of Indian Coast Guard Director General Rajendra Singh. ‘Vijaya’ means ‘Victorious in every endeavor’ is a projection of Indian Coast Guard’s will and commitment ‘To Serve and Protect’ the maritime interest of the nation.
The commissioned ship is a 98 meter Ofshore Patrol Vessel (OPV) has been designed and built indigenously by Larsen and Toubro and is fitted with advanced technology, navigation and communication equipment, sensor and machinery. The vessel is fitted with a 30 mm gun and will be fitted with 12.7 mm gun with FCS. The ship is also equipped with an Integrated Bridge System (IBS), Integrated Platform Management System (IPMS), Automated Power Management System (APMS) and High Power External firefighting (EFF) system.
The ship is designed to carry one twin engine helicopter and four high speed boats including two inflatable boats for boarding operation, search and rescue, law enforcement and maritime patrol. The ship is also capable of carrying limited pollution response equipment to contain oil spill at sea. 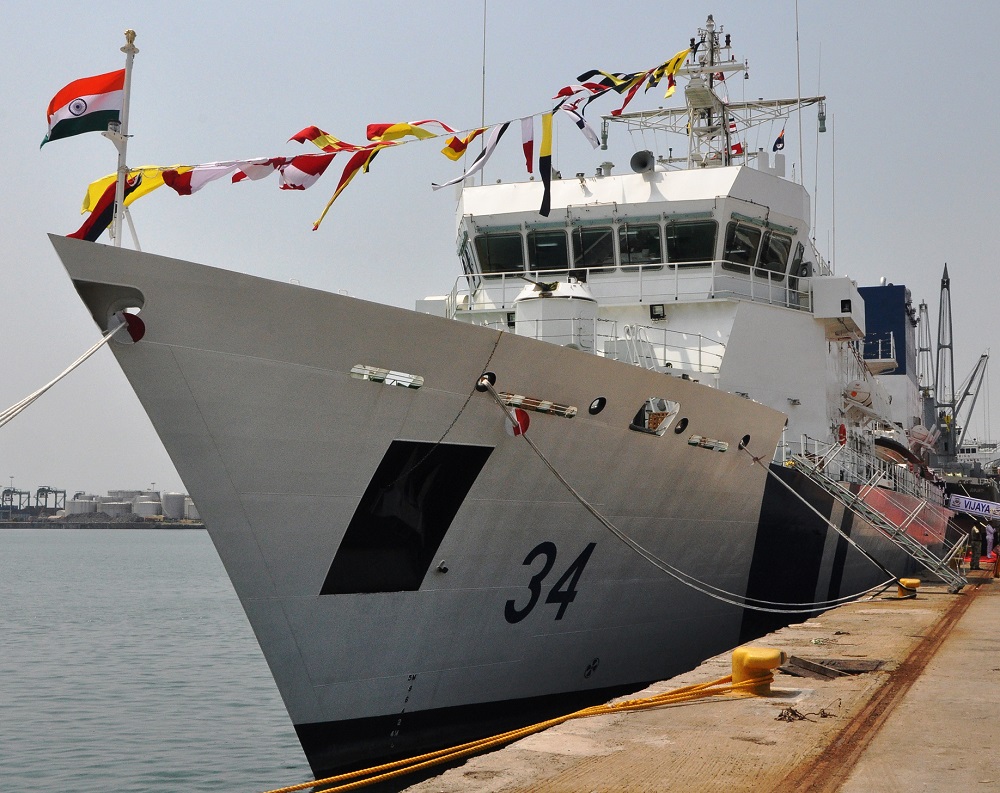 The ship displaces approximately 2200 GRT and is propelled by two 9100 KW diesel engines to attain a maximum speed of 26 knots. She has an endurance of 5000 NM at economical speed. The sustenance and reach, coupled with the latest and modern equipment and system, provides her the capability to perform the role of a command platform and undertake tasks to fulfill the Coast Guard charter.
The ship, on joining the Coast Guard fleet will be based at Paradip. She will be deployed extensively for Exclusive Economic Zone (EZ) surveillance and other duties as enshrined in the Coast Guard charter. Presently, Indian Coast Guard has a fleet of 137 ships and 62 aircraft. Further, 61 ships are at various stages of construction at different Indian shipyards. ICGS Vijaya is commanded by Commandant Harinder Jit Singh and manned by 12 Officers and 91 men.
The commissioning of ICGS Vijaya will enhance the Indian Coast Guard’s operational capability to discharge the multifarious maritime tasks. The induction of this patrol vessel will give a fillip to the maritime protection of our vast coastline of Eastern Seaboard in general and the maritime state of Odisha and West Bengal in particular.