When AB and RK shot Without Footwear For 102 Not Out! 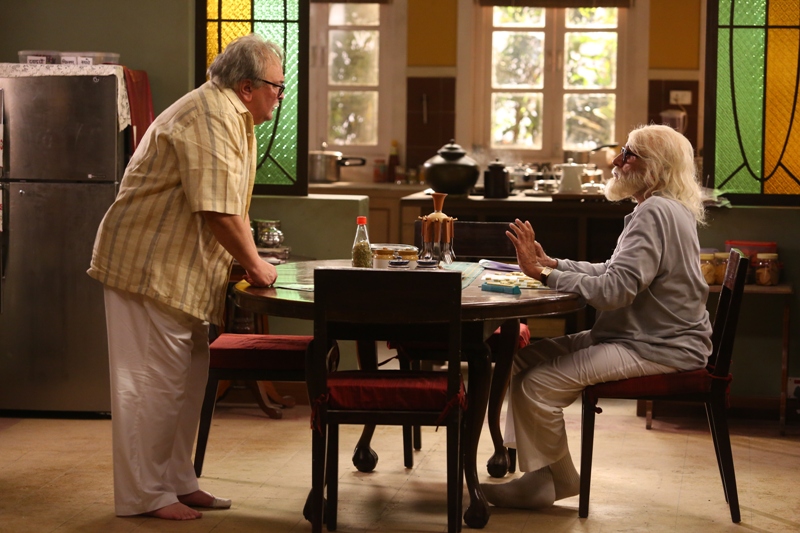 Bollywood’s two veteran actors, Amitabh Bachchan and Rishi Kapoor, are going to share the screen after ages as a Gujarati father-son duo in Umesh Shukla’s 102 Not Out.

But behind the scenes and inside stories are always a treat to listen when such big names enter the limelight. Since their characters are Gujarati, the duo was not allowed to wear footwear in the scenes that were shot inside the house. This is because of the fact and age-old tradition that Gujaratis, in general, do not wear footwear in the house. This was director Umesh Shukla’s attempt at maintaining the realism of his movie characters.

Talking about the same, the filmmaker says, “We Gujarati’s don’t have the habit of wearing footwear inside the house. So I wanted Amitabh Bachchan and Rishi Kapoor also to not wear any footwear during the shoot. I was in two minds about if I should ask them or not. However, when I discussed the same with them, they instantly agreed with me.”

Their professionalism and dedication towards their art are well known in the industry and this incident is yet another feather in their hat of a career built via perseverance and hustle.