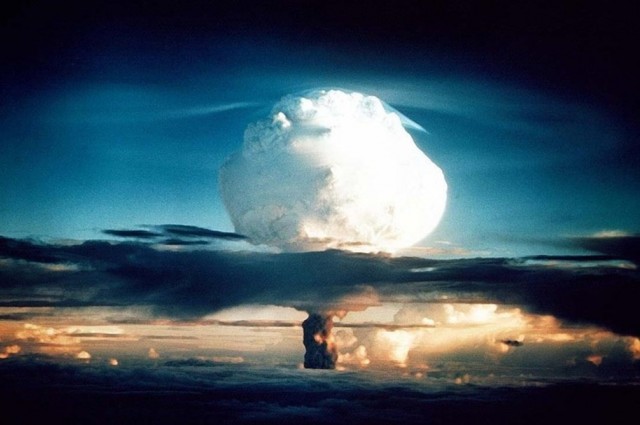 Recently, North Korea had claimed to test fire a Hydrogen bomb which surprised the world. If it was true, it would not only be an achievement for the country but might add muscle to the dictator of North Korea. Therefore there is a renewed interest among people to know what a Hydrogen bomb is, and how different it is from an atomic bomb. Hydrogen bombs are weapon which release huge amount of energy from the nuclear fusion of hydrogen isotopes. It is different from atomic bomb or the fission bomb where a large atom like uranium or plutonium is split into lighter elements that together weigh less than the original atoms; the remainder of the mass expresses itself as energy. When the neutrons, or neutral particles, of the atom’s nucleus split, some hit the nuclei of n 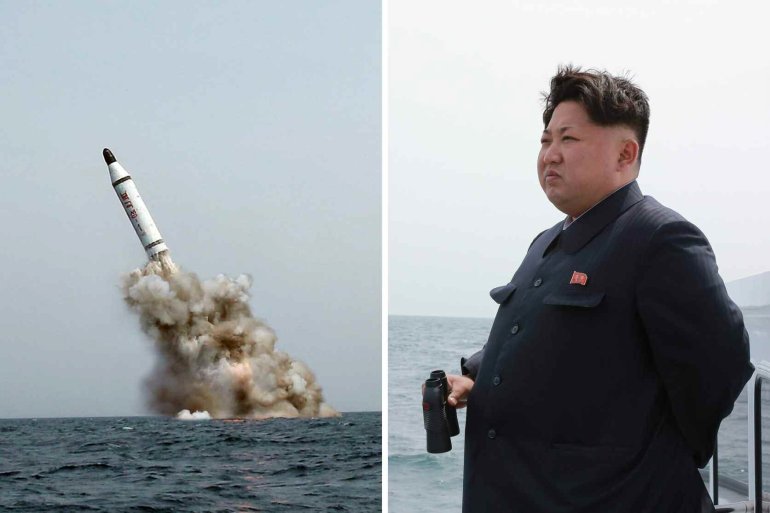 ear by atoms, splitting them, too. The result is a very explosive chain reaction. Unlike the fission bomb, the hydrogen bomb functions by the fusion, or joining together, of lighter elements into heavier elements. The end product again weighs less than its components, the difference once again manifests as energy. Since extremely high temperatures are required in order to initiate fusion reactions, the hydrogen bomb is also known as a thermonuclear bomb.
The thermonuclear bomb has at its center an atomic bomb whose explosion supplies the temperatures (50,000,000°C and 400,000,000°C, respectively) needed for the subsequent fusion to occur. Since the fusion reaction produces mostly neutrons and very little radioactivity therefore fusion bombs are environment friendly as they have less radioactive fallout. Like other nuclear explosions, the explosion of a hydrogen bomb creates an extremely hot zone near its center. Because of the high temperature, in this zone nearly all of the matter or things present are vaporized to form a gas at extremely high pressure. A sudden over pressure, i.e., a pressure far in excess of atmospheric pressure, propagates away from the center of the explosion as a shock wave, decreasing in strength as it travels. It is this wave, containing most of the energy released that is responsible for the major part of the destructive mechanical effects of a nuclear explosion. The shock wave propagation and its effects vary depending on whether the burst is in the air, underwater, or underground. Therefore, damage to a region is huge but after the blast there is no long term risk of radioactivity to life unlike fission bombs. Though Hydrogen bombs are deadly, till date not even a single Hydrogen bomb has been used in warfare. The atomic bombs dropped at Hiroshima and Nagasaki effectively ended the Second World War as humans experienced their devastating damage for the first time. Hence, the bottom-line is that if these bombs are used for warfare then the whole of humanity will suffer and it might end the human race and wipe out life from the planet earth, which took millions of years to evolve and form.